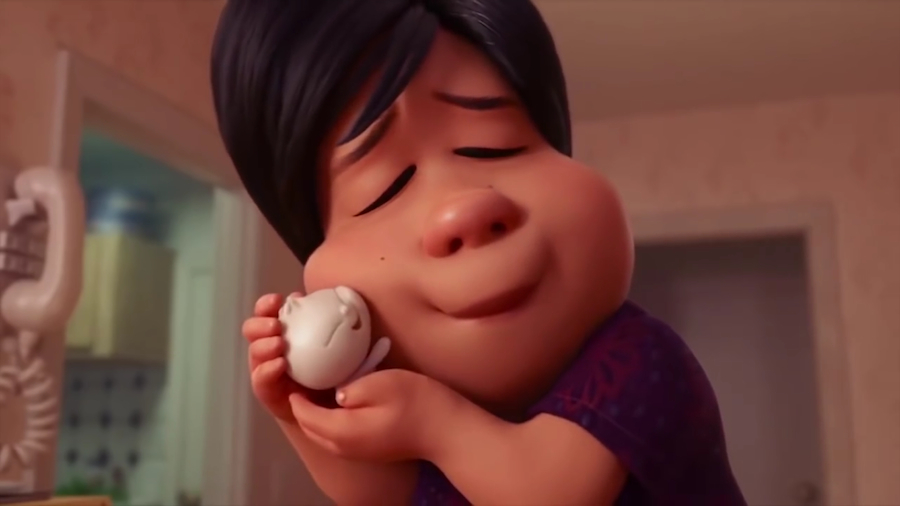 The first look of "Bao" was unveiled last week by Pixar after an initial set of teaser images was released April 2. From that initial peek into the project, all we saw was a humanoid dumpling that, apparently, had a “heart-(and tummy-)warming story.” Not sure about you, but I was already 100% on board. 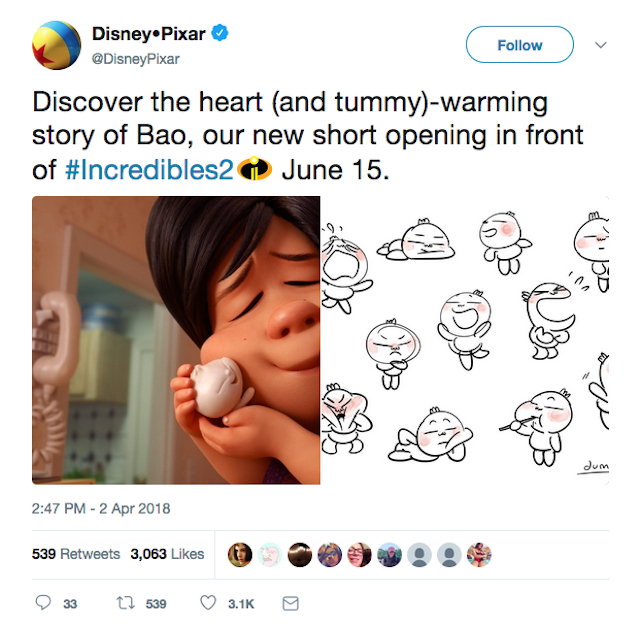 The latest reveal, released by Pixar on Thursday, delivers a full 30 seconds of what the short is all about. It opens with the sound of a baby crying and a frightened-looking woman climbing a table to discover why her food is suddenly sentient. In the little bamboo steamer, we meet Bao coming to life, sprouting a full body as the woman looks on. You can’t help but coo along with her as she cuddles the baby dumpling to her cheek.

Although I had a few reservations about the premise of food coming to life (flashback to Sausage Party), this story is more about the relationship of an empty-nest mother finding someone to love. Chinese-Canadian director Domee Shi is the director of the short and is also the first female director of a Pixar short film. She said this film is loosely based on her own experiences growing up in Toronto.

In an interview with EW, Shi said, “Oftentimes it felt like my mom would treat me like a precious little dumpling, wanting to make sure I was safe, that I didn’t go out late, all that stuff. I just wanted to create this magical, modern-day fairy tale, kind of like a Chinese Gingerbread Man story.”

She also said the word bao in Chinese can have two different meanings depending on how one says it: either “steamed bun” or “something precious.”

Shi’s directorial debut hopefully marks a positive change in Pixar moving forward to include more women in these directorial positions. From this first look, it looks like Shi and her team dedicated a lot of work in making the project, and little bao, come to life.

The film is set to play before The Incredibles 2, coming to theatres June 15. I can’t wait to see "Bao"’s deliciously cute story!