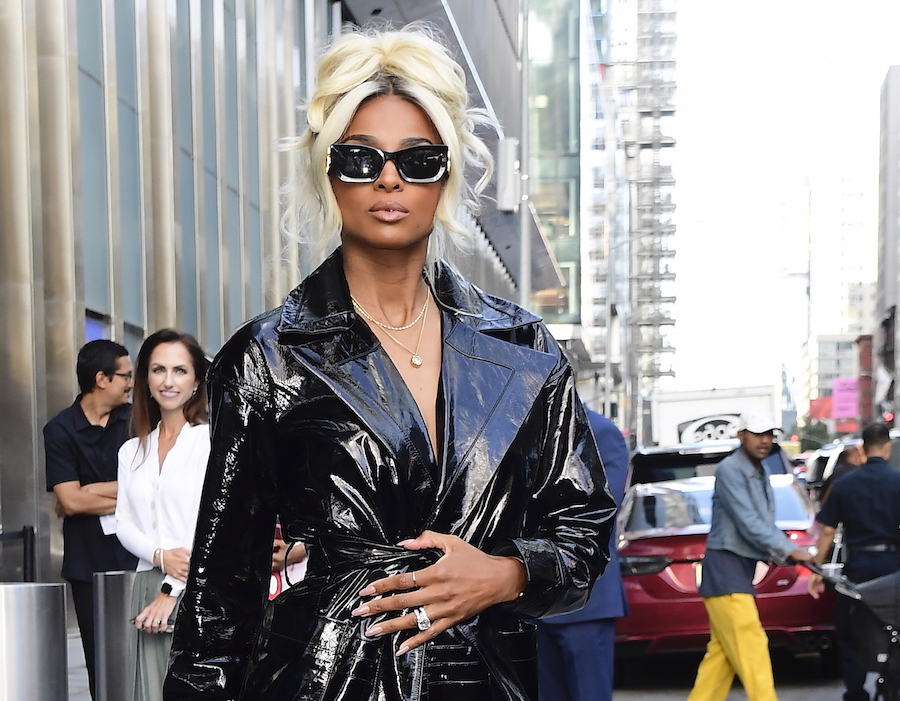 New York Fashion Week is an event that takes place twice a year and consists of presentations and catwalk shows. The purpose of this event is to showcase the collections designers have created for the upcoming fashion season. However, in certain instances, a few designers have begun to embrace the "see now, buy now" business model, in which the designs they exhibit will be available in the forthcoming season.

With that being said, let's look at some of our favorite celebrities dripped out in some of the hottest designers for NYFW 2022 which took place September 9th through the 14th!

The model entered the Michael Kors show during New York Fashion Week on September 14 dressed in Look 35 from Michael Kors's Fall/Winter 2022 collection. Elly Karamoh was responsible for styling Harvey's effortlessly attractive look, which consisted of a figure-hugging knit dress in granite gray with a scoop neckline. On top of the sleeveless mini-dress, Harvey wore an enormous, oversized coat that billowed over her knees. And we can't forget the New York Yankees cap that made the outfit more urban and edgy. It's giving very much J.Lo's "Jenny From The Block" and we're here for it!

The ensemble that Latto wore to the Tommy Hilfiger Fall 22 NYFW Experience was similar to that of high school or college students. Because of how her hair was fashioned, her appearance was a combination of preppy and punk rock. There is no question that she is at the top of her class because everyone agrees that her look deserves nothing but As all the way around.

The singer, actress, and business mogul astonished pedestrians on the streets of Manhattan while donning her own clothing line, LITA By Ciara, which featured an outfit called the "Spellbound Leather Jumpsuit".

On September 8th, Ciara was seen attending the New York Fashion Week Launch party, hosted by Revolve Gallery, wearing another black leather piece, this time one that was a little more Matrix-inspired. The singer completed her outfit with some voluminous blonde curls, and a long trench coat and boots both made of patent-leather.

Everywhere she goes, Kim Kardashian has a way of making people gasp. The 41-year-old killed it in a unique, one-of-a-kind netted dress with long sleeves that covered her hands. She wore a sheer metallic gown to the FENDI show in New York City on September 9, proving to New York Fashion Week why showing a lot of skin is good.

Singer Cassie wore a corseted, dark blue denim bodysuit down the runway. The bold garment, designed by Philippe and David Blond, had a structural waistband and flared hems that were brought together with fine white stitching. Metallic gold twisted and curb chains set in geometric patterns, encrusted with glittering crystals.

Which celebrity do you think killed NYFW?