Oscar Winner to Waltz His Way to "SNL" Stage 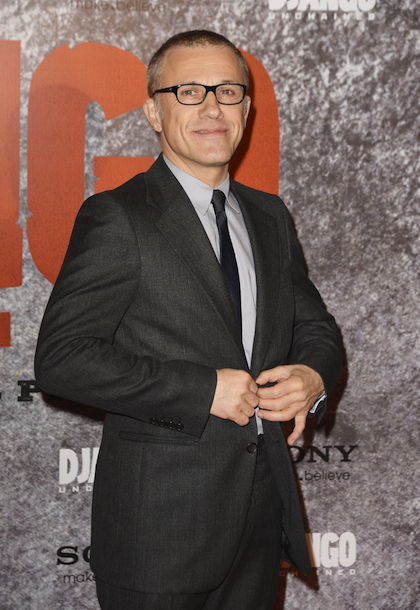 In the immortal words of Butt-Head, “This could be the greatest thing that has ever happened to me.”

Okay, that may be a bit of an exaggeration, but even still, the news that Christoph Waltz will be hosting “SNL” next weekend is making my insides do a… well, a waltz!

While everyone loses their minds over Justin Bieber’s stint as host AND musical guest this weekend (granted, I am curious to see if his comedic chops match his musical talent), I, for one, am counting down the days til we see the Academy Award-winning Austrian actor let loose on the NBC sketch show.

Of course, American audiences first became aware of Waltz when he brought his unique blend of malice and humor to the role of Col. Hans Landa in Quentin Tarantino’s Inglourious Basterds, for which he won an Oscar for Best Supporting Actor. Not a bad way to begin your transition to U.S. cinema! Once again, Waltz finds himself on the good side of Oscar's graces with yet another Best Supporting Actor nomination for yet another Tarantino film, Django Unchained. Waltz’s milieu clearly seems to be walking that fine line between anti-hero and lovable villain. When he is on screen, you cannot take your eyes off him. Even when he drones on for about a good five minutes of Tarantino dialogue, you are absolutely transfixed. Which, I suppose, is the very definition of a great actor, no? He’s like a male, Teutonic Meryl Streep.

Thus, I definitely think he’ll be able to bring it when he appears on “SNL”. He’s certainly not above getting really silly, as evidenced by this utterly bizarre skit on “Kimmel” a couple years ago:

Hmm, think Der Humpink will have a cameo on “SNL”? Find out when Christoph Waltz hosts on February 16!