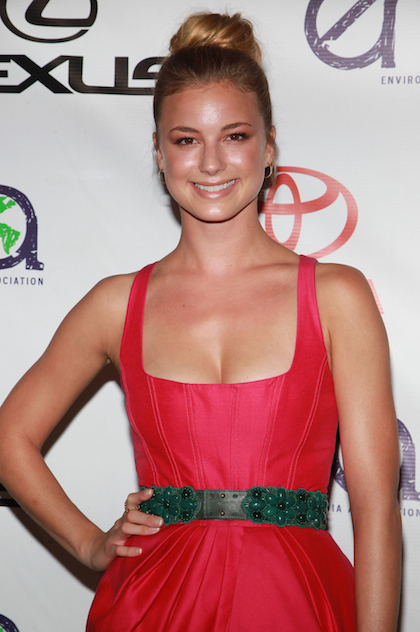 The stunning star of “Revenge,” Emily VanCamp, will be taking a break from wreaking havoc on the Hamptons to help Captain America save the world. She recently nabbed the female lead in Marvel’sCaptain America: The Winter Soldier.Chris Evans will be back to reprise his role, andAnthony Mackie will play Falcon.

DirectorsJoe and Anthony Russo are keeping their lips sealed on plot details, but fans are speculating that the film’s subtitle may come from a plot in the 2000s-era comics in which Captain America’s sidekick, Bucky, comes back as a brainwashed super-assassin. It is not yet known who VanCamp will play, but it has been suggested that she could play Sharon Carter, the Captain’s main love interest and the hardcore S.H.I.E.L.D. Agent who also happens to be the neice of Hayley Atwell’s Peggy Carter from the first film. Judging from illustrations of Carter from the comic book, she’s pretty fierce, so I think that VanCamp will do the role justice.

I’m personally quite excited to see VanCamp (hopefully as Sharon Carter) in Captain America: The Winter Soldier. VanCamp has proven that she can play a tough gal with an emotional core (I love her as Emily Thorne of “Revenge”), and I think that she would fit perfectly within the Marvel universe. We will all get to find out exactly who VanCamp will be playing when Captain America: The Winter Soldier is released on April 4, 2014!