One to Watch: Andrea Riseborough 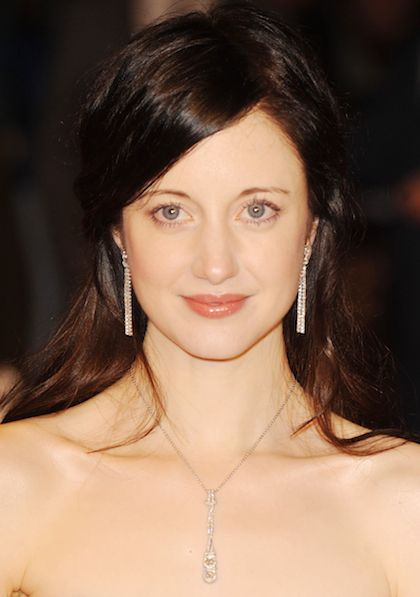 It's a breakout year for British ingenueAndrea Riseborough.

After supporting roles in Happy-Go-Lucky (starring Sally Hawkins) and Never Let Me Go (starring Carey Mulligan, Andrew Garfield, and Keira Knightley), Riseborough steps up to leading lady in pair of stylish period films: the British gangster drama Brighton Rock and Madonna's much-hyped directorial effort, W.E.
And Riseborough has a slew of projects on the way, including the spy thriller Shadow Dancer with Clive Owen, the crime tale Welcome to the Punch with James McAvoy, and a new adaptation of Leo Tolstoy's Anna Karenina starring Keira Knightley and Jude Law.
It's been a meteoric rise for the promising up-and-comer, a Royal Academy of Dramatic Art (RADA) grad who first gained notice in the U.K. for playing the young Margaret Thatcher in the BBC telefilm Margaret Thatcher: The Long Walk to Finchley in 2008, beating Meryl Streep — who plays Thatcher in this fall'sThe Iron Lady — to the punch.
The normally stunning Riseboroughde-glammed herself for her role in Brighton Rock as a mousy, sheltered waitress in the English seaside resort town of Brighton in the 1960s who inadvertently gets mixed up in a mob turf war and falls for a young bad-boy gangster played by Sam Riley (Control).
Brighton Rock, which also features Helen Mirren and Andy Serkis, is the second major film adaptation of the novel by renowned author Graham Greene. The first, in 1947, starred Richard Attenborough and was released in the U.S., somewhat amusingly, as Young Scarface. This version moves the setting from the 1930s, when the book was written, to 1964, incorporating the mods and rockers riots happening at that time in the country. Interestingly, Riseborough landed the part after Carey Mulligan — her co-star from Never Let Me Go — dropped out to do Oliver Stone's Wall Street: Money Never Sleeps. Brighton Rock, which premiered last year at the Toronto International Film Festival and has already opened in much of Europe, is currently in limited release from IFC, and will be available on video-on-demand beginning August 31.
But it's Madonna's W.E. that will really put the spotlight on Riseborough when it has its world premiere at the Venice Film Festival early next month. Australian beauty Abbie Cornish plays a love-starved New Yorker in 1998 who becomes obsessed with the love story of King Edward VIII (James D'Arcy) and American divorcée Wallis Simpson (Riseborough) in the 1930s, which caused such a scandal in Britain that it threatened the monarchy, and the film flashes back and forth between the two time periods. 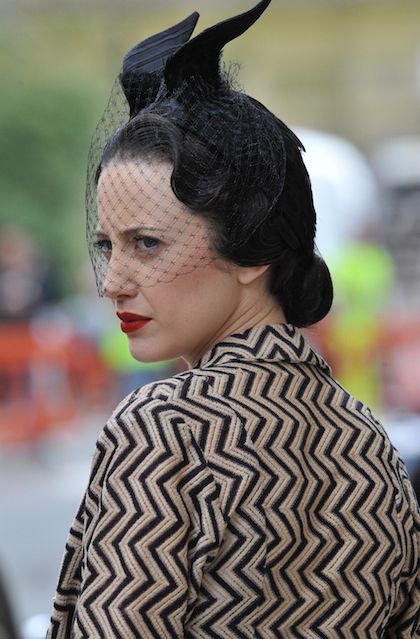 Of course, King Edward VIII's abdication of the throne to be with Simpson was just recently depicted, albeit in a briefer fashion, in last year's Oscar winner for Best Picture, The King's Speech, with the couple played by Guy Pearce and Eve Best. But in W.E., their relationship is put front and center. It's early yet, but The Weinstein Company, which opens W.E. in limited release on December 9, has been positioning the film as as Oscar contender. Whatever the reaction will be on the famed Lido in Venice, it's clear that Riseborough is just at the beginning of her cinematic ascent.
(Image via RHA/ZOB/WENN)
- Andre Chautard, YH Staff