Next Season of "American Horror Story" Takes Place in Jupiter, FL... Wait, Where?? 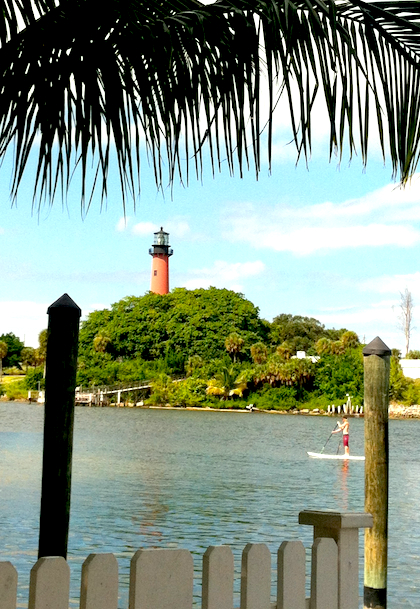 Like everyone else, I was pretty excited to hear about the new season of “American Horror Story”, which will be subtitled “Freakshow”. ‘Nuff said, right?

But unlike everyone else, I was excited mostly because the season is going to be set in Jupiter, Florida... AKA: My Hometown.

Yep, it’s true. My humble little hometown will be getting the “AHS” treatment. So let this be an official open letter to Ryan Murphy: if you need a technical advisor, I’m your gal!

Here’s the thing, though, YH readers – the show will be set in Jupiter during the 1950s. This has myself and many of my hometown peeps scratching our heads because, quite frankly, there was NOTHING in Jupiter in the 1950s.

Okay, so here’s the 411 on Jupiter. It’s located on the east coast of South Florida, about an hour’s drive north of Miami. When I was born, it was a sleepy little beach town, not unlike, say, Amity Island from Jaws. It was more of a vacation destination than a permanent residence. There were a lot of trees, a lot of dirt roads, and, of course, there were miles of pristine beaches. But not much else. My parents first moved to the area there in 1977 (after being chased out of Buffalo, NY, and its apocalyptic winters), and after I was born, they bought a house in Jupiter. My dad found it, in a new residential community that was just being built. My mother was, in a word, terrified. Having been used to big city livin’, she felt like she was literally in the middle of nowhere, and she wasn’t wrong. She had to drive to the next town to go grocery shopping. When she found out they were building a McDonald’s up the street, she breathed a sigh of relief – civilization!!!

So, that was Jupiter in the 1980s. In the 1950s? It was even more sparse. Aside from the beaches, the only other main attraction was the Lighthouse, which was built during the Civil War and remains at its perch overlooking the Jupiter Inlet. (See photo above; no, that is not a postcard, that is where I lived for the first 26 years of my life.) So, it begs the question – how the heck are you gonna set an entire TV show in Jupiter in the 1950s???

One thing is for sure – they won’t be shooting on location. I mean, most shows don’t anyway, but in this case, aside from some B-roll of the Lighthouse, Jupiter is not exactly Small Town USA anymore. Jupiter was first put on the map thanks to actor Burt Reynolds, who was from the town himself and became the local hometown celebrity who brought in the tourists and built up the area. He purchased a ranch in the late-‘60s and later founded a dinner theatre (which attracted many other celebrities who made guest appearances there) and a theatre training institute. Most of that stuff is gone now, but when I was a kid, Burt Reynolds was kind of a big deal. Nowadays, many celebrities call Jupiter home (or A home), like Celine Dion, Tiger Woods, and Michael Jordan.

I recently went back to my hometown in October, after having been away almost 8 years, and I barely recognized it. If you’ve ever been to the San Fernando Valley, that is basically what Jupiter has become. Much of the charm is lost (unless you know where to look). If you want to recapture that feel, you’ll have to drive a bit north to find it. Even the beaches aren’t the same – erosion has been a big problem in recent years.

At any rate, though, I am extremely curious to see how the town plays a part in the new “American Horror Story” storyline. I’m also curious to see how it effects the town’s public profile and tourism. Not that we need more tourists…

“American Horror Story: Freakshow” will premiere in October. Will YOU be watching?