New Year's Resolutions We Learned From Movies in 2016! 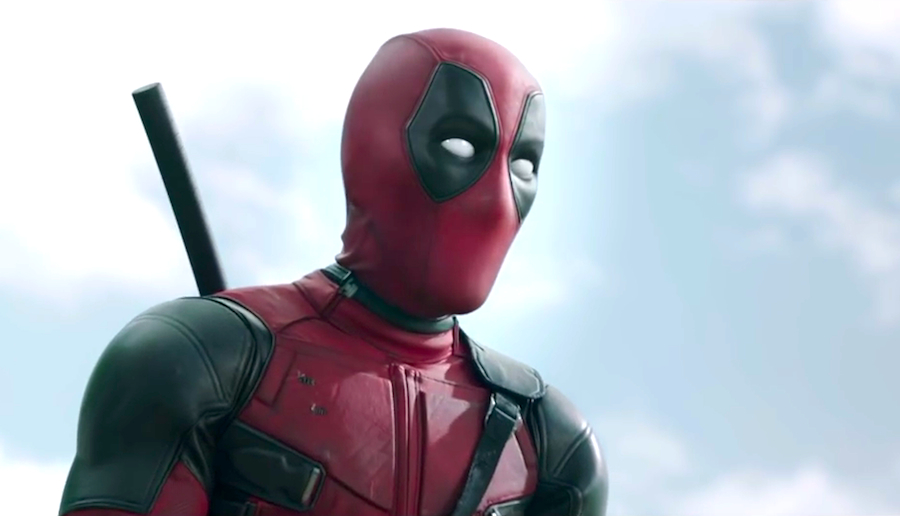 Cue the “New Year, New Me” memes and Facebook posts. 2016 is coming to a close! Can you believe it?

Time to dust off our gym memberships, start calculating our money saving plans, and think about our New Year's Resolutions.

I was thinking about how I could make my resolutions stick this year, and while I was watching Moana, I thought about how she had to grow up and step up to be the chief of her village. Moana didn’t have any room to give up on her resolution because her father and her village was counting on her. And then it hit me…

We learn so much from movies, and when we watch movies we inherently pick up things that we carry with us well past the two hours that we are sitting in the theaters or our living rooms. Then I started to think, what are some of the most profound lessons and resolutions we learn from movies?

Well, there are millions and millions of movies, so I decided to focus on movies that came out during this blink of an eye we call 2016 to narrow down what New Year's resolutions I wanted to adapt for myself for 2017.

So here are my five New Years Resolutions from 2016 Movies.

The animated series that brought to light real issues and controversies of our society is the first on my list of resolutions. The film itself takes on deep subjects of prejudice and stereotypes and gives it a light-hearted twist but the message was straight and true. On a very broad look, the film taught us not to judge anyone or any animal by its cover. I would like to apply this to life and the people that surround me, but situations that present themselves. Sometimes things might seem tough, but always try to take a step back and look at the bigger picture because things aren’t always as bad as what they seem.

Breaking through the fourth wall and through box offices, Deadpool was a superhero film with a twist. With Van Wilder flashbacks, Ryan Reynolds gave us a strong performance as what many would see as an anti-hero with his dirty humor and vulgar language, but he went through a lot! And through it all he never stopped making jokes. Deadpool gave me the resolution to laugh more not to take life too seriously.

The terrifying tale of what happens when you bring the city’s most wanted criminal freaks together to carry out a mission to save the world, Suicide Squad gives us a back-story for a few of Batman’s rivals and villains and humanized them. While they are evil criminals, I kind of fell in love with some of them. I mean, how evil can Will Smith really be? My resolution from Suicide Squad is to be as nice as I can to everyone, because we don’t truly know what someone is going through. We all have bad days, some more than others, but nonetheless you probably want to be nice to everyone just in case they turn out to be a crazy, psychopath like Harley Quinn. Props to Margot Robbie, she owned that role!

Star Trek has many strong developed characters that each teach their own lessons, but I’ve chosen Captain Kirk to drive my resolution. In Star Trek Beyond, Captain Kirk struggles to find himself, always trying to be a man like his father was. Trying to live up to his father’s standard has driven him to question his skill and his plan. There will be dark days on any journey that will lead us to question ourselves, and we have to remember not to lose sight of our goals. Kirk was able to find confidence in himself and save Yorktown.

Fantastic Beasts and Where to Find Them

In the film, we can see Newt Scamander’s love and passion for magical beasts and their special traits and peculiarities. At the time, no one had really studied them or knew how to handle the fantastic creatures. This brought back questions and doubt amongst Newt’s friends and peers, but he kept doing what he loved no matter what everyone else advised him to. Sometimes you just have to trust yourself and persevere, even if the only one who believe in you is you. To all my millennials out there, talking to you! The road will be tough and rocky, but if you truly love it, its worth the journey.

But instead of going hard for a month and then epically failing once January ends, instead of thinking about my resolution, I’m going to remember the characters, the storylines, and the things that remind me of what these 2016 movies taught me. Maybe this approach will keep me in the gym past a few weeks. Fingers crossed!

Thanks for a great year, everyone, and cheers to a wonderful 2017!