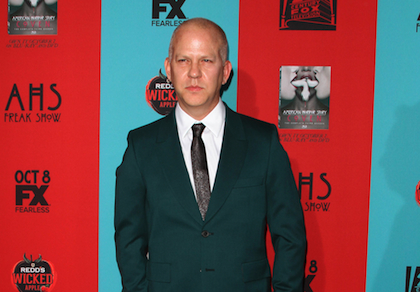 Not to be condused with "American Horror Story". But you are on the right track.

FX and Ryan Murphy are changing it up a bit! They will be teaming up once more for a 10-episode anthology series focusing on iconic crime stories, and they will be kicking it off with a doozy: the murder trial of O.J. Simpson.

The season will be based off the book, The Run of His Life: The People v. O.J. Simpson by Jeffery Toobin.

Don't fret, though, "AHS" fans, because at least one familiar face will be appearing in the series -- Sarah Paulson will be playing prosecutor Marcia Clark. Joining her will be Oscar-winner Cuba Gooding Jr. as Simpson himself, while "Friends" alum David Schwimmer will be playing the late Robert Kardashian (yes, Kim's dad).   But the latest addition to the cast is what gets me even more hyped about the premiere! Mr. John Travolta will be making his return to television and playing defense attorney Robert Shapiro!

As an "AHS" fan, I’m hoping for some other cast members to make an appearance in the series. The bonds and chemistry that the "AHS" cast has developed over the past few seasons is incredible and it would be a fun tie-in for Murphy's FX shows.   I mean, what would an American _____ Story series be without Jessica Lange?

Maybe a NPH cameo in "ACS" would be an interesting option -- he could play Kato Kaelin!

Of course, the premiere won’t be until later this year. So be on the lookout for that, and we will keep you updated on other "ACS" news!