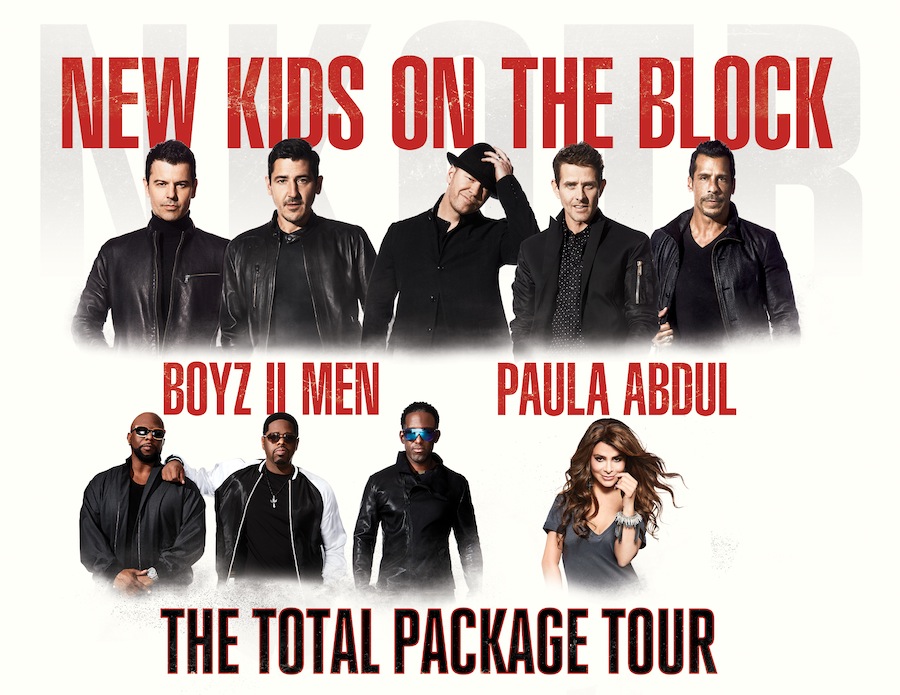 Step on up, ‘90s kids, for your moment has truly come!

If you were alive in the 1990s and owned a radio and a pair of ears, there was no escaping the likes of New Kids On The Block,Boyz II Men, and Paula Abdul, and precious few of you would’ve wanted to! The pioneering boy band, the best-selling R&B group of all time, and the dancer-turned pop icon epitomized the era, and now they’re all teaming up to blow your minds a quarter-century later!

The aptly-named Total Package Tour kicks off next summer, featuring these three now-iconic acts making stops in over 40 North American cities starting May 12, 2017. This tour is considered a follow-up to NKOTB’s 2013 Package Tour, which also featured BIIM, but with the addition of Abdul, this new tour represents a combined 200 million records sold worldwide!

Says NKOTB’sDonnie Wahlberg: “It’s not just a show, it’s an experience. Paula Abdul is such a pop icon and Boyz II Men are one of the best R&B acts of all time. It’s going to be a night of hit after hit, and we can’t wait to deliver the ‘Total Package’ to our fans!”

And I am sure it will not disappoint!

Tickets go on sale this Saturday, November 19, at 10am (but American Express and Block Nation Fan Club member can score some advance VIP tix as soon as tomorrow, November 16, also at 10am). Get your wallets out now, this is a show you’re not gonna want to miss!