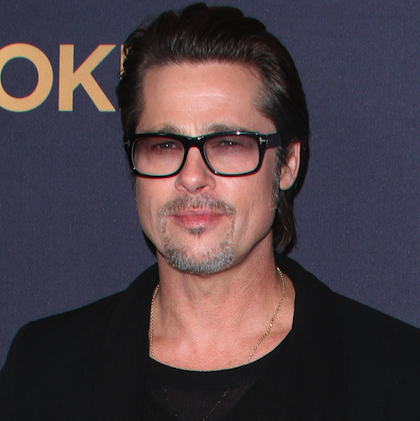 Netflix is doing some big things these days. The hugely popular “Orange is the New Black” hit the streaming catalogue with its third season a day earlier than its announced June 12 release, and that’s only the beginning of what is on the way. Netflix recently nabbed the distribution rights to an upcoming Brad Pitt movie. That’s right, THE famous Brad Pitt whom everybody knows about even if they prefer an Etch-A-Sketch to a TV screen.

The movie, entitled War Machine, is described as being a war satire about a four-star military general determined to win the “impossible” war in Afghanistan. (If you couldn’t guess, that four-star military general is Pitt.) War Machine will be directed by Australian David Michod, known for his feature film directorial debut Animal Kingdom, which followed a recently orphaned teenage boy who falls into a criminal family. Upon its release in 2010, Quentin Tarantino said it was his third favorite film of the year behind The Social Network and Toy Story 3 (can’t say there was anything better than Toy Story 3 in 2010 either). When Pitt and Michod were asked about this film going straight to Netflix, Pitt opened the floor and said, “We are so excited to be a part of the inspiring commitment by Netflix to produce cutting-edge content and to deliver it to a global audience.” Michod added, “I’m humbled to be making a big, bold movie about the whole sprawling, complex, cumbersome and crazy machinery of modern war and the many lives it touches.”

Netflix is pretty excited too, to say the least. How could they not be, with Pitt paving the way to attract even more big talent to join the streaming service? Netflix COO Ted Sarandos expressed his joy over the film: “War Machine is a rip-roaring, behind-the-facade tale of modern war decision-makers, from the corridors of power to the distant regions of America’s ambitions.” He continued by praising Pitt and Michod: “Brad and David are a perfect team to make this timely, compelling, and entertaining film.”

Just like Netflix’s first feature film, the upcoming Crouching Tiger, Hidden Dragon II: The Green Legend, War Machine will be released in theaters and on Netflix’s streaming service. Crouching Tiger II isn’t out until August 28 of this year, so Netflix doesn’t know if their experiment will work for sure, but they’re showing they are confident it will!