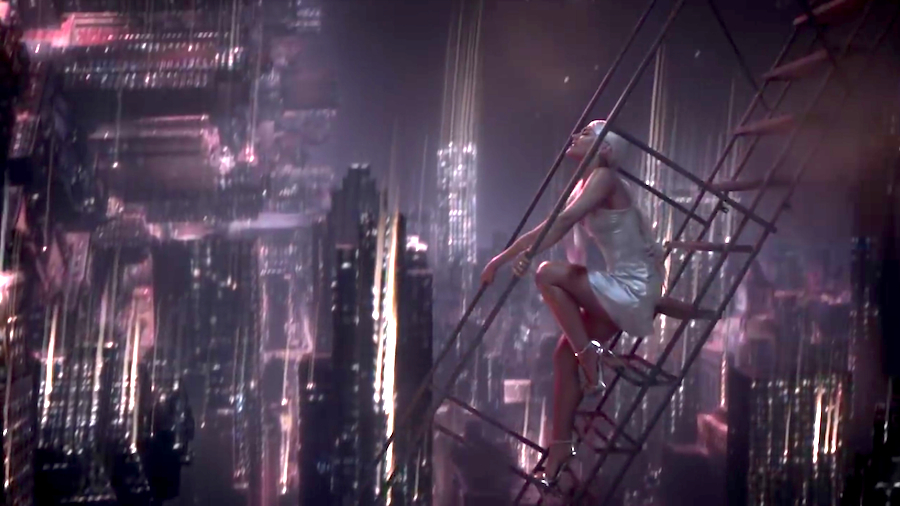 If you haven’t seen Ariana Grande’s latest music video for “No Tears Left To Cry” yet, stop everything and check it out ASAP!

This marks the pop star’s first release since the devastating Manchester bombing back in May 2017, where a terrorist killed 22 people and injured around 500 others during one of Ariana's Dangerous Woman Tour stops in the U.K. Since the tragedy, Grande had been keeping a relatively low profile as she took time off and prepared for her new album. It was great to see her get some well-deserved rest, and this single is the perfect welcome back!

The music video for the track opens with a spiraling shot of a city as words twist on the screen to reveal the song title and the director, Dave Meyers. After being so impressed with the video, I did a little digging to discover what else Meyers has done. And, wow, his 20+ year career is certainly impressive!

It’s safe to say that Meyers is the director behind many of the early-'00s music videos we all know and love. He began his career in 1995 after meeting film director Gus Van Sant, who steered him towards music video instead of film. In an interview with The Atlantic, he said that the first year trying to get his foot in the door was “pretty much a whole year long of nos.”

His determination seriously paid off. Slowly but surely, he worked his way up to start directing videos for a wide variety of stars, from Britney Spears (“Lucky”) and Missy Elliott (“Work It”, ”Get Ur Freak On”, ”Pass That Dutch”, and many many more) to DMX (“Party Up [Up In Here]”), Creed (“One Last Breath”), and Korn (“Evolution”, ”Did My Time”, “Twisted Translator”). His video for Missy’s “Work It” (which put Alyson Stoner on the map) even landed him an MTV Video Music Award for Video of the Year in 2003!

Honestly, if you name an iconic '00s track, Meyers was probably the visionary behind the video for it. Personal favorites of mine include the emotional “Breakaway” by Kelly Clarkson, timeless jam “Glamorous” by Fergie featuring Ludacris, and just about everything from P!nk, including “You and Your Hand”, “Please Don’t Leave Me”, and “So What”.

His music video directing slowed down in the early-2010s but he still managed to put out Katy Perry’s “Firework” (snagging him another Video of the Year VMA award in 2011). Currently, this video is the most watched from his resume, with over 1 billion views on YouTube!

He took a short break from 2012 to 2015 to return to commercial work. By the way, he was the one in charge of the now-iconic iPod silhouette campaign from back in the day.

His return to the music video world was most highlighted by the creation of “WTF (Where They From)” by Missy Elliott ft. Pharrell. He went on to work again with Janet Jackson for “Sleeep” and Janelle Monáe for “Yoga” ft. Jidenna.

Now, Meyers is fully back in the swing of things after his explosive year in 2017. As the director behind three of the tracks from Kendrick Lamar’s Pulitzer-Prize-winning DAMN., he picked up another VMA for Video of the Year with “HUMBLE.” with his signature directing style.

So far this past year, Meyers has diversified his artist portfolio by working with K-Pop band Winner with videos for “Really Really” last year and “Everyday” released this month. Prior to Grande’s “No Tears Left To Cry”, he collabed with Lamar once again to create “King’s Dead” and the breathtaking “All The Stars” off the Black Panther Soundtrack.

It’s safe to say that Meyers isn’t going anywhere anytime soon! This directing veteran has clearly distinguished himself as one of the top directors of a generation, and will hopefully keep putting out more groundbreaking videos for years to come.