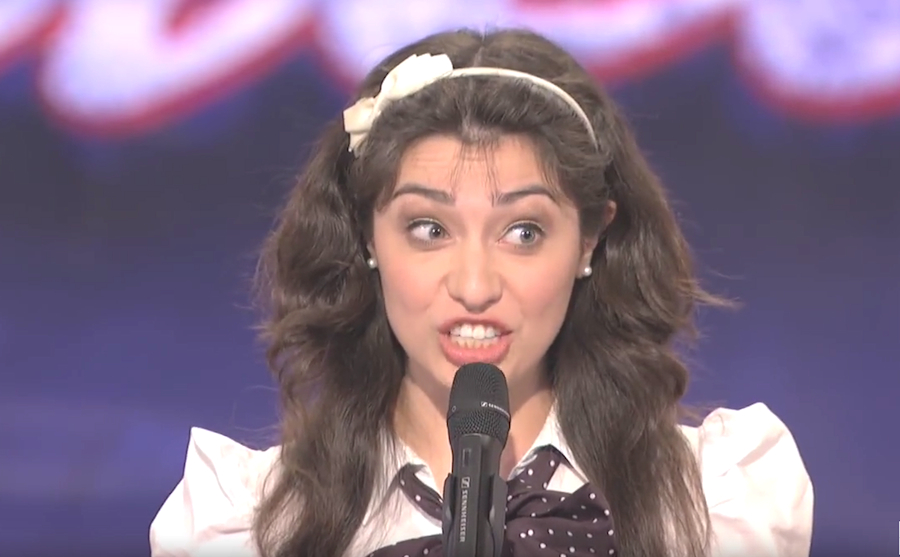 With the regrettable departures ofTaran Killam, Jay Pharoah, andJon Rudnitsky, “Saturday Night Live” was left with quite a hole in its cast. To fill the void, three talented newbies have been invited to join the ranks of the iconic sketch show in its upcoming 42nd season. Get hype now!

Here’s one of Day’s more memorable sketches on “Maya & Marty”:

Of the three newbies, Melissa Villaseñor is the one with the most star quality. Her impressions of Kathy Griffin andNatalie Portman are near flawless, with an array of other voices under her belt as well -- and it's no secret that the castmembers with the most impressions in their arsenal tend to have a longer shelf life. Villaseñor was one of the 16 finalists in Season 6 of “America’s Got Talent” and has additionally lent her voice to TV series “Adventure Time”, “Trip Tank”, and “Family Guy”.

Check out some of Villaseñor’s classic imitations in her first audition for “America’s Got Talent”:

The final member of the new trio is Alex Moffat, a noted improv performer who has been featured at a variety of famous comedy clubs like Zanies, The Second City, The Comedy Bar, and others. Aside from rocking the comedy club scene, Moffat starred in and wrote a sketch comedy pilot for NBC and made his acting debut in the feature Uncle John.

All in all, it is always exciting to see new faces join “Saturday Night Live” because fresh energy is what has kept the show chugging along for all of these years. While Melissa Villaseñor could be the nextKristen Wiig, we are not counting out the two new guys either. Season 42, here we come!