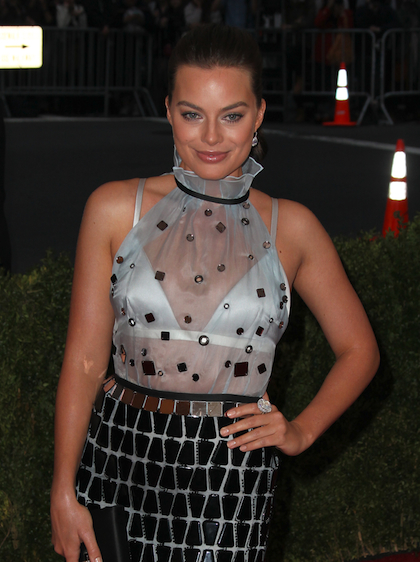 The Suicide Squad is the latest film in development for the growing DC Comics cinematic universe. Filming hasn’t started, but they have End of Watch director David Ayer set to direct the film. Ayer has stated that film will be like The Dirty Dozen but with supervillains. Sold!

Recently it was announced that current Academy Award-winning actor Jared Leto (Dallas Buyer’s Club) will be playing the role of The Joker. The good people at Warner Bros. have decided to take a different approach with The Joker this time around and will include The Joker’s girlfriend, Harley Quinn, who will be played by the stunning Australian actress Margot Robbie (The Wolf of Wall Street). Many fans of “Batman: The Animated Series” have been waiting nearly 20 years to see Harley Quinn finally get on screen, so now they’ll only have to wait a little less than two more.

For those of you who may not remember Margot from The Wolf of Wall Street, she played Jordan Belfort’s (Leonardo DiCaprio) second wife, Naomi Lapaglia. So she’s already played the arm candy of a criminal mastermind; just Belfort is way more of a con artist than a murderer like The Joker is. She’s also got blonde hair like Harley does, which is a must. The only thing I need to hear myself is if she can pull off the voice. Harley Quinn has a very distinct voice. Take a listen:

Other than the casting of Robbie and Leto, Jesse Eisenberg is set to play Lex Luthor, which he will also be doing in Batman vs. Superman: Dawn of Justice only a few months before The Suicide Squad is released on August 5, 2016. Others rumored to be cast in the film include Tom Hardy and Will Smith, but no confirmation on this as of yet.

How about you Harley Quinn fans? Do you think The Suicide Squad made the right choice of casting Margot Robbie? Leave a comment below!