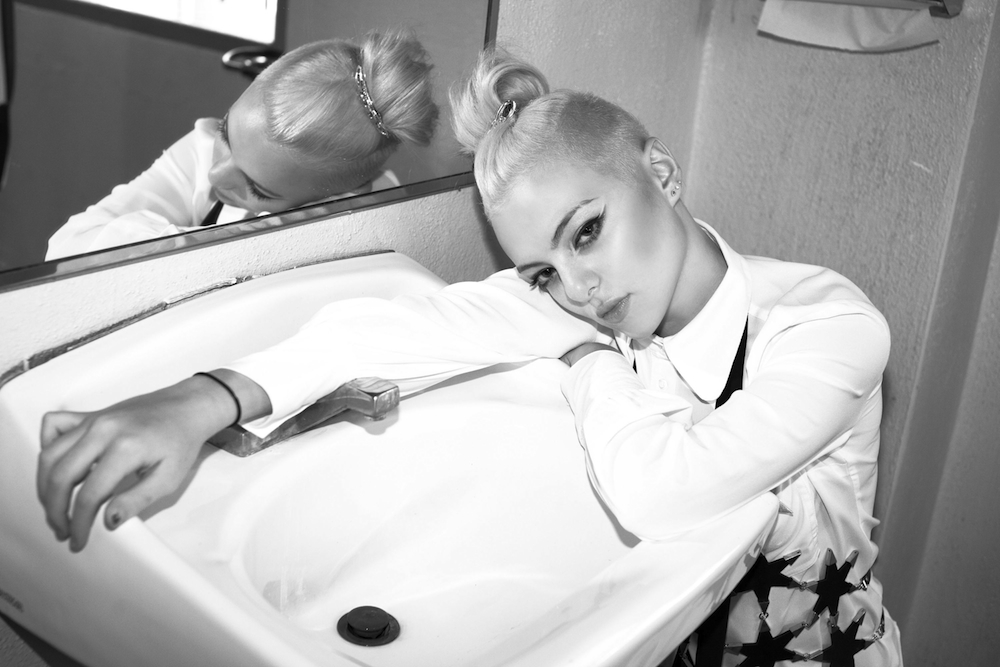 With a fierce cat-eye and a badass platinum blonde hairdo reminiscent of her dad's former bandmate Annie Lennox, singer Kaya Stewart is definitely making her mark in the pop world. At just 15 years old, she’s experienced success with a hit single “In Love With A Boy”, which she literally wrote on the back of her math test about a boy in her class! “In Love With A Boy” set a record in July for being added to 85 pop stations at launch. That single now has over 880K hits on YouTube, and has racked up more than 3.5M plays on Spotify.

Kaya released her In Love With A Boy EP this summer under Warner Bros. Records, and it’s completely soul-driven and raw. The EP features five songs total, all vibing off that same soulful beat. Only proving Kaya is not too young to be considered a powerhouse vocalist. She also hit the road on the Vans Warped Tour in July/August, following in the footsteps of previous Warped Tour pop acts Echosmith and Katy Perry. When you’re the daughter of Eurythmics co-founder Dave Stewart, it’s no easy feat keeping up with his legacy, but we think she's doing just fine.

Next up, Kaya has dropped her newest lyric video for her song, “Let’s Split” and we're premiering EXCLUSIVELY here on YH! With her trademark black-and-white aesthetic, Kaya Stewart is reminding us she’s here to stay in the music scene!

Be sure to keep an eye out for our "Backstage Diaries" with Kaya when it airs here on Young Hollywood!
In the meantime, keep up with Kaya on Twitter, Facebook, Instagram (which she loves to get style inspiration from!), and her Official Website.
(Photo via Marcus Cooper)
- Stacy Rickard, YH Contributing Writer