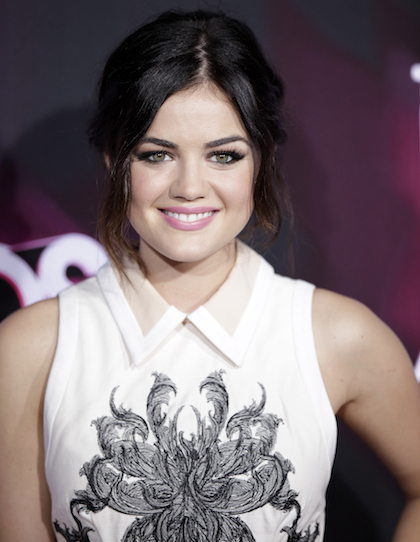 Lucy Hale, most popular for portraying Aria on ABC Family’s television series "Pretty Little Liars", is exploring her new talents in music. Country music, in fact! She has signed with Hollywood Records and is currently working on her album.

23-year-old Hale grew up in Tennessee, where her love and passion for country music was first ignited. Hale started performing and acting at a young age and didn’t know which avenue she wanted to take. Her career started with booking small television roles and, later, starring in that hit series that we have all come to love!

Although her acting career is skyrocketing, Hale never lost her love for singing. In 2011, Hale landed the lead role in A Cinderella Story: Once Upon a Song. Here, she was able to combine her two loves, acting and singing. She sang four out of the ten songs on the movie’s soundtrack. After this movie, Hale met with Ken Bunt from Hollywood Records and told him she wanted to make a country/pop album.

In a recent commercial for Bing and ABC Family, Hale explained that she “loved performing, but singing was [her] first love” and that she is constantly exploring new things to find herself. She has also been co-writing songs with Kristian Bush fromSugarland.

Look out for Lucy’s album, which should be coming out next summer! And don’t forget to check her out on "Pretty Little Liars" when it comes back on January 8th!

In the meantime, check out Hale singing “Bless Myself” from the movieA Cinderella Story: Once Upon A Song: