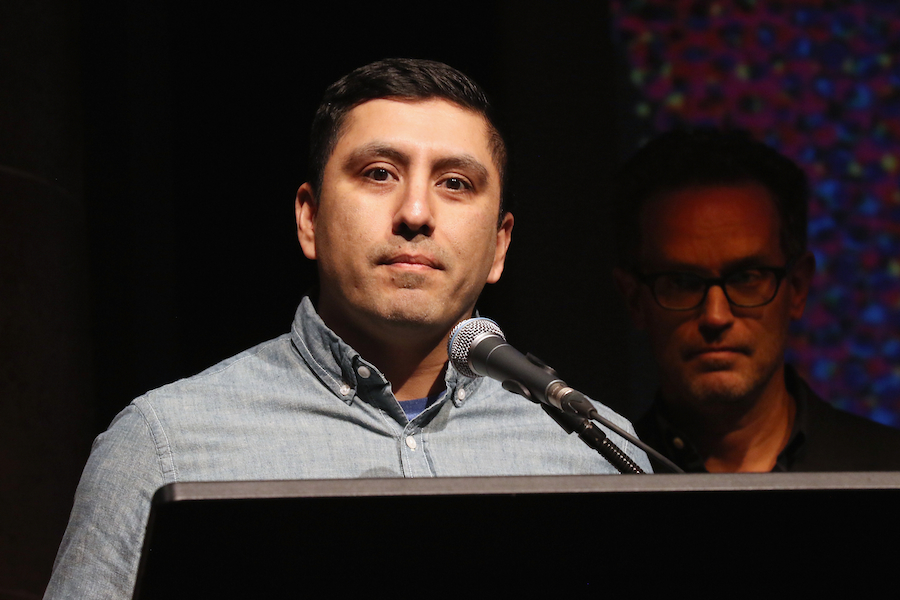 Despite making up 20% of the population in America, Latinos are typically only represented in 4% of film. Yet the times are changing -- thanks in part to events like the L.A. Latino International Film Festival, which has returned after five long years. The festival, which took place June 20-24th at the TCL Chinese Theater in Hollywood, featured a mix of films, art, and music made entirely by Latinos.

Opening night kicked off the festivities with The Sentence, a documentary by Rudy Valdez that will air in October. The powerful film is a brutal look at our justice system, as Valdez follows the story of his sister Cindy, who is imprisoned for 15 years for a conspiracy charge regarding her ex-boyfriend’s drug ring. The kicker is that the charge was from years earlier, and since it’s a mandatory prison sentence, she has no choice but to serve it. Other films in the festival's lineup aren't quite as heavy, including Perfect Strangers, a comedy in which a group of friends share all the text messages they receive during a dinner party.

However, LALIFF’s greatest glory may be the Youth Cinema Project, in which professional filmmakers work with students in underserved schools to help them create their very own short films. Students have the opportunity to work with professional equipment and receive mentorship that inspires them to go into film. The students films, ranging from 4th graders to high schoolers, were screened on Saturday during LALIFF Legacy.

Considering our current political state and complaints in Hollywood for #Oscarssowhite, LALIFF is a breath of fresh air. The festival is a reminder of the hundreds of voices that have stories to tell, and gives a platform for those stories to be told.