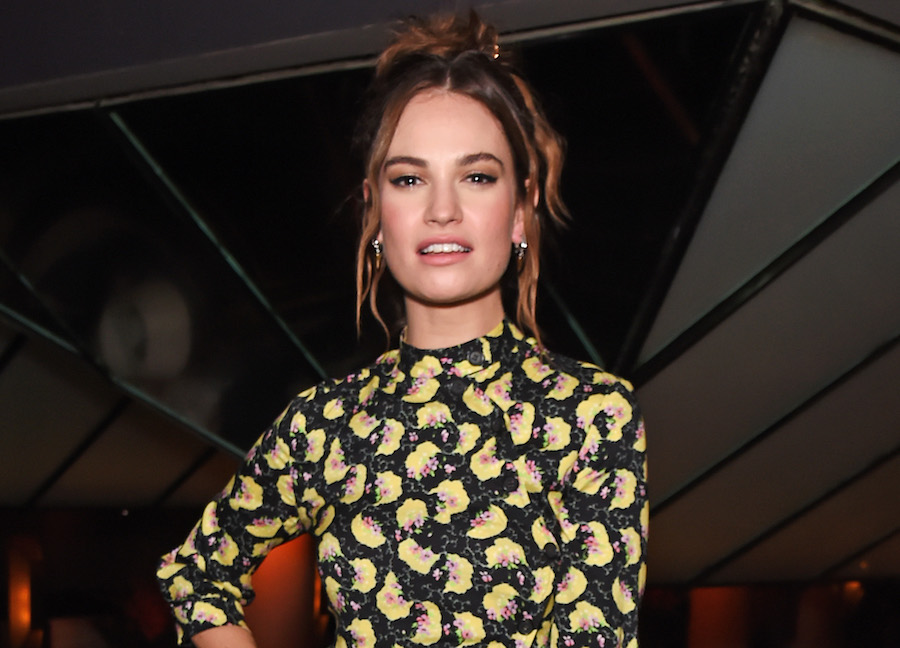 You’ve never seen Lily James, Sebastian Stan, or Seth Rogen like this before: Hulu is starting to release publicity images from their new show, “Pam and Tommy”, an 8-part limited series. An official trailer hasn’t been released yet, but these shots of the stars just about broke the internet.

The show centers around Pamela Anderson’s notorious relationship with Mötley Crüe drummer Tommy Lee, one that featured their rollercoaster ups and downs, their wedding after 96 hours, and the scandalous stolen sex tape from their honeymoon.

Fans were shocked when the above photo of "Downton Abbey" and Cinderella star Lily James surfaced – the star barely looks like herself. As for "The Falcon and the Winter Soldier" star Sebastian Stan, who’s all tatted-up to portray the Mötley Crüe drummer, we’re also impressed by the transformation into his latest character. And Seth Rogen? Unrecognizable without his beard and glasses!

Shooting for the mini-drama series will begin this Spring, and Rogen is doubling his role in the project as a producer as well as portraying the man who stole the infamous sex tape. Though it is still in the beginning stages, sources say that the scandal will be a major part of the plotline, with the focus still mainly being on Pam & Tommy's decision to marry after only four days of knowing one another.

Craig Gillespie, who also directed I, Tonya, will helm the film, which was written by Rob Siegel. Actors Nick Offerman and Taylor Schilling will also be part of the project, although it is unknown at this point exactly what their roles will entail.

The series was first announced in 2018 by Rogen’s production company Point Grey Pictures and was greenlit by Hulu for a limited series last December. Though filming began in April, it is unsure when the series will be officially streaming. Stay tuned!