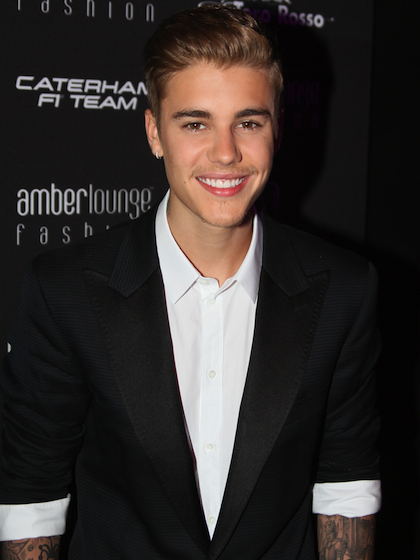 Justin Bieber reminded us of his softer side at the Young Hollywood Awards this past weekend. It was there that he brought his date, Grace Kesablak, a 10-year-old Make-a-Wish cancer patient who is an avid fan, on stage to accept his Champ of Charity Award.

Justin aimed to make the young girl’s night by making one of her many wishes come true. Biebs completed Grace’s first wish by taking her to the awards show as his date. The two even took pictures together on the red carpet and shared his table together. When it was time to accept his award, the 20-year old pop star called Grace up to accept the trophy.

Bieber received the award for having granted over 200 wishes through the Make-a-Wish Foundation.

Later that evening, he tweeted a picture of him hugging Grace, whose smile said it all. Justin also tweeted:

Grace writes that the moment on stage with Bieber is something she will never forget. But she is not the only who will never forget the extent of Justin’s kindness. The Berry Children, who lost their parents to a car accident that also paralyzed two of the three siblings from the waist down, got to be on the receiving end of Justin’s kindness too when he started the Show Your Heart campaign in their honor. We at Young Hollywood were able to catch the special moment when they met Justin for the first time, check it out below!