Julianne Hough Dancing Her Way to the Top 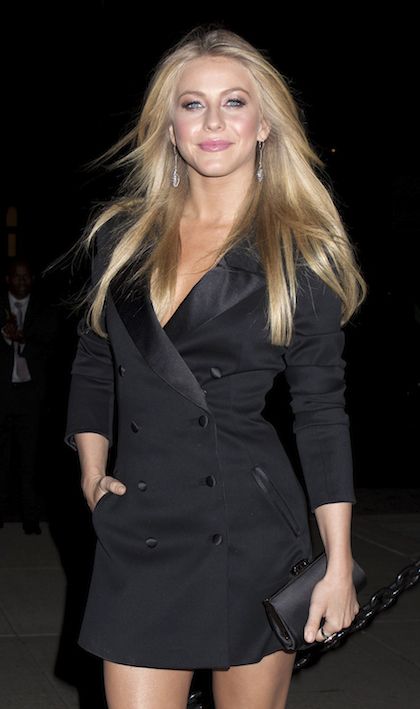 It is good to be Julianne Hough!

She currently stars in the Footloose remake, which came in at number two at the box office this weekend. Julianne is best-known for her years as a professional dancer on "Dancing With The Stars" and her country music career. She can now add Successful Leading Lady to her already impressive repertoire!

The 23-year-old began dancing competitively at the age of nine. By fifteen, she became the youngest dancer to win both Junior World Latin Champion and International Latin Youth Champion at the Blackpool Dance Festival. After graduating high school, Julianne moved to Los Angeles to begin her professional career.

Julianne was called one of "the very best dancers on the planet" by ABC's "20/20". She even received a Creative Arts Primetime Emmy nomination in 2007 for her choreography on "Dancing With The Stars". She took part in DWTS for five seasons, winning twice with partners ApoloOhno and HélioCastroneves. Despite her success on the show, she left in 2008, but returned as a guest earlier this month. Shortly after her time on the show, Julianne released a workout DVD, Julianne Hough: Cardio Ballroom, which focused on various dance routines.

Julianne left DWTS in order to focus on a career in country music. Previously, she had released a charity single, "Will You Dance With Me," to raise money for the American Red Cross. She later signed a record contract with Mercury Nashville. Her album debuted at #1 on the Country Album Charts, and peaked at #3 on the Billboard 200. In 2009, she won the Academy of Country Music award for Top New Artist and Top New Female Vocalist. She has since released a Christmas EP and plans to release her full length follow-up album next year. Though still early on in her musical career, Julianne has already opened for some of country's biggest stars: Brad Paisley, Jewel, Chuck Wicks, Toby Keith, and George Strait.

After these successful endeavors, it seems Julianne's focus has shifted to her blossoming acting career! She made her acting debut in last year's glitzy musical, Burlesque, where she shared the screen with heavyweights Christina Aguilera and Cher. And with the role of small-town bad girl, Ariel Moore, in Footloose, Julianne is creating tons of buzz.

Next up, Julianne is playing leading lady, Sherrie Christian, in the film adaptation of the hit Broadway musical, Rock of Ages. She will share the screen with Tom Cruise, Bryan Cranston, Catherine Zeta-Jones, Alec Baldwin, and Russell Brand.

Julianne has it all. The beautiful and charming country girl is engaged to host extraordinaire, Ryan Seacrest, has an upcoming album, a movie dominating the box office, and another on the way! Julianne Hough's talent has made her downright unstoppable.