To Steve, With Love 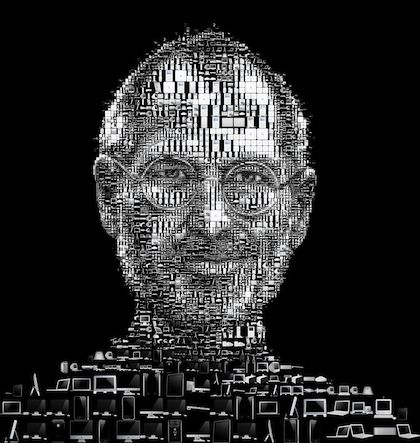 I thinkPresident Obama said it best when, speaking ofSteve Jobs yesterday, he pointed out: "There may be no greater tribute...that much of the world learned of his passing on a device he invented."

True visionaries only come to us once in a great while; even fewer have the guts to actually put their ideas into motion. You don't need me to list the various accomplishments of the former Apple CEO, who succumbed to pancreatic cancer yesterday at the age of 56. I think even the most technologically illiterate person out there knows exactly what Jobs means to our world today. Heck, I am typing this article on one of his products. As I do so, I'm listening to music on another one of his products. Later this month, I'll be making phone calls on yet another. Even the most staunch PC person has to admit, Jobs's contributions to our day to day lifestyle is unreal.

But it's not just about one man's accomplishments -- let's pause for a moment today to focus on the DRIVE that got him to where he was. Like I said, anyone can come up with a great idea. We all have the capacity to dream big. But how many of us have truly put it all on the line to follow our guts and see those dreams and ideas manifest into reality? Yes, Jobs was a genius, but it was his determination that built an empire and put some of the most advanced technology in the world in your back pocket.

Jobs WAS Apple; he lived and breathed it, and thus it comes as no surprise to me that he held on just long enough to see the announcement of his final project -- the iPhone 4S -- the day before he passed. Timing is everything, and Jobs was always 10 steps ahead of everyone else.

Many of us knew he was sick, but it never occurred to us that he might actually leave us. It just didn't seem an option. The outpouring of shock and sadness following his death really drove home how he had become somewhat of a fixture in society, and it reminded me of a quote that was attributed to King Louis XIV, who ruled France for 72 years, and upon seeing the grief of those around his deathbed, was said to have quipped, "Why do you weep? Did you think I was immortal?"

For Steve, yeah, I kindathink we did.

YH sends our condolences to his surviving family and his Apple family as well. The legacy he left behind will surely continue to evolve and change our lives!