Josh Brolin Lending His Voice to Villain of 'Guardians' & 'Avengers' 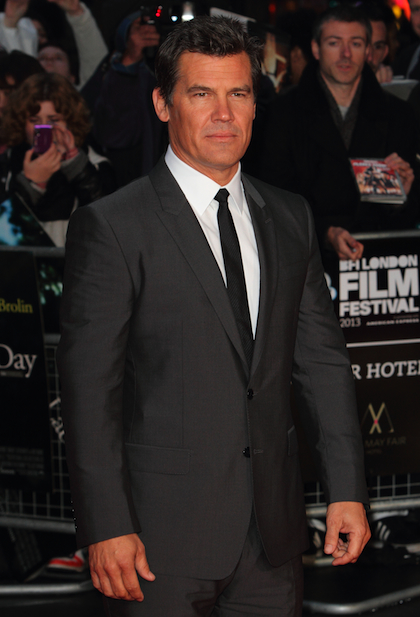 If you are a fan of Josh Brolin’s gravelly, husky voice, then be sure to get thee to a theater when Guardians of the Galaxy comes out. Brolin will voice the nasty villain Thanos in the Marvel space adventure, set to open August 1st. The film follows Peter Quill (Chris Pratt) on the run from Ronan the Accuser (what a delightfully evil name) after he comes into the possession of a mysterious orb. Along the way, Quill joins a group of wild heroes, known as the Guardians of the Galaxy (hey, that’s the name of the movie!). Thanos is known as the cosmic supervillain due to the fact that he is the sole possessor of the Infinity Gauntlet, an ultra-intense weapon.

This won’t be the last time Brolin will voice Thanos either. He will reprise the role in 2015’s Avengers: Age of Ultron. Very keen viewers and comic enthusiasts will have noted that Thanos first appeared during the credits sequence in the first Avengers movies (although, that time, he was portrayed by Damion Poitier) in which he grins at the phrase "to court death" -- a cheeky nod to the character's backstory of being in love with the literal personification of Death. Avengers director Joss Whedon has called Thanos "THE most powerful and fascinating Marvel villain." No pressure, Josh!

Little has been said on how large his role will be in Guardians of the Galaxy, but no matter how small their part may be, Marvel’s villains always find a way to wreck havoc in an epic way.

Are you excited to see Guardians of the Galaxy?

In the meantime, check out the trailer here, and peep our chat with stars Pratt, Lee Pace, and Karen Gillan from last year's Comic-Con, below!