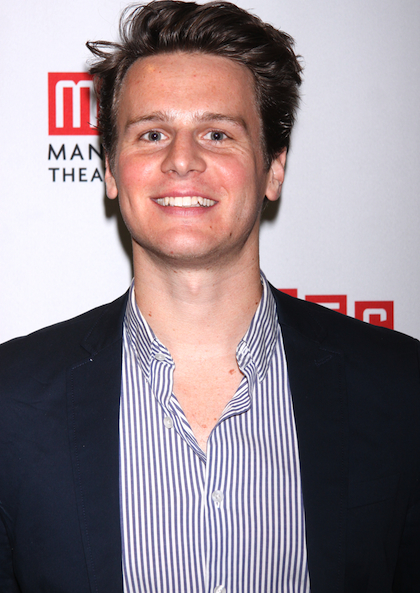 “Glee” star Jonathan Groff is getting ready to leave Lima and pack his bags for the Bay! The musical theatre favorite is going to be starring in an HBO comedy pilot about a group of gay buddies living in San Francisco. The project, which is being written by Michael Lannan and “Bored to Death"'s Sarah Condon, will feature Groff as Patrick, a 30-something gay San Francsican dealing with the complexities of life. (Like “Sex and the City,” but this time with actual gay men.) The role is certainly a turn from his role as Jesse on “Glee”, where he constantly schemed against New Directions and played one of Lea Michele’s (aka Rachel Berry) ex-boyfriends. Unlike Jesse, Patrick does not sound the least bit evil; he’s a normal guy working as a video game developer who’s trying to work out the messy details of his love life.

In addition to Groff, the show will include Julliard graduate Frankie Alvarez, who will play Augustin, Patrick’s best friend. Augustin is an artist’s assistant who is struggling to settle down with his boyfriend and is a vicious political go-getter.

Since he finished his turn on “Glee”, Groff has been quite the busy actor. He was recently seen as a regular on Starz’s recently-cancelled drama, “Boss”, and he had a guest turn on “The Good Wife”. His lovely voice will be heard again soon as he will be playing the lead character in Disney’s upcoming animated film, Frozen, and he will star in a Broadway adaptation of David Sedaris’s C.O.G.