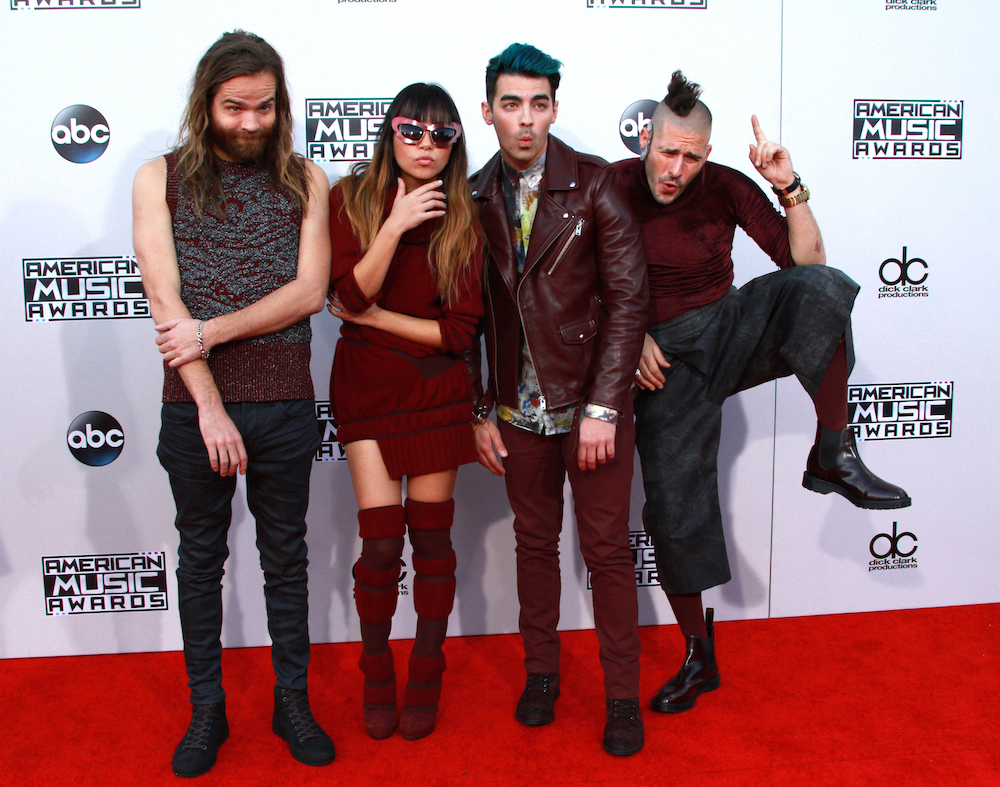 So, Kevin Jonas got married, and Nick Jonas is bringing his solo singing career to new “Levels” (heheh, get it?). Like his hit single? No? It’s cool. No worries.

But where is the third member of the Jonas Brothers? Where’s Joe? What’s he been up to since the “Year 3000” days?

Any excuse to revisit this song, really.

It’s been almost ten years since the Jo Bros released their cover of this song, and Joe hasn’t just been living the quiet life. He has also taken a crack at a solo career in the DJ world, but it seems that Joe just loves doing the group thing.

As of September of this year, Joe announced that he is a part of a new band called DNCE. The four-member crew consists of himself, JinJoo Lee, Cole Whittle, and Jack Lawless (who played drums for the Jonas Brothers). All members have pretty extensive resumes of their own, playing for names like Kesha, Lady Gaga, and others, so the band isn’t all about Joe like many would assume.

Their rock/pop/alternative sound and maybe even a little funk -- seems like a natural and intriguing change for the Jo Bro. The band itself seems to be a bit eccentric, and we love it!

Check out their music video for “Cake By The Ocean” and their epic food fight on the beach!

Keeping suit to their alt-pop-fuck style, we see a lot of potential for DNCE! Joe is certainly stepping away from his boy band roots, and as much as I was always “Burnin’ Up” for the Jo Bros, I welcome this transition!

...I told you, any excuse. #throwback

Keep up with new releases and all things DNCE on their website!