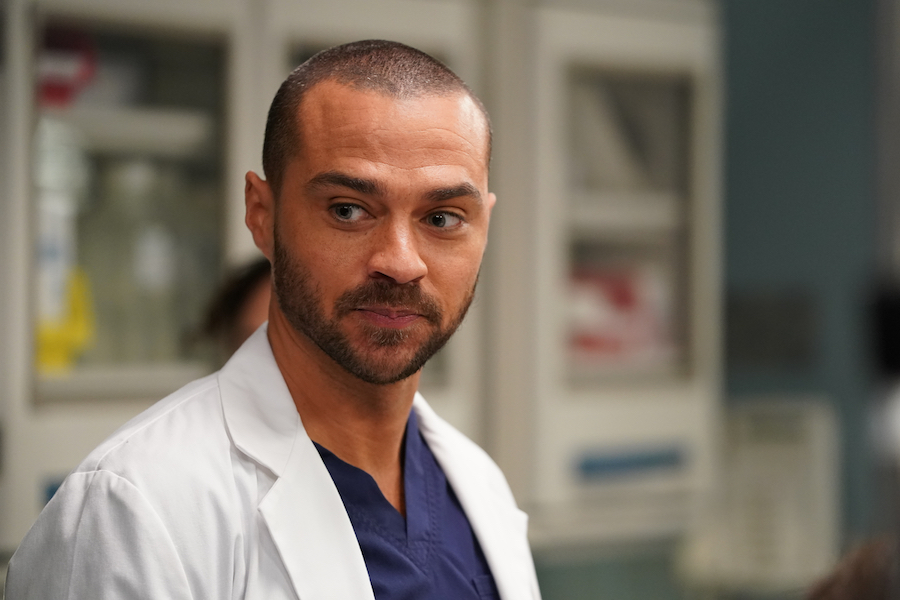 Fans were devastated when it was recently revealed that another beloved character was leaving ABC’s "Grey’s Anatomy", and they were even more devastated to find out that it would be Dr. Jackson Avery. Jesse Williams joined the hit medical drama back in Season 6 and will be making his exit in tonight's (May 20) episode, “Tradition.”

The official synopsis for the episode reads, “Jackson shares his big news with his colleagues while Koracick and Levi fight to save a pregnant woman’s grandfather as she goes into labor. Maggie keeps a watchful eye on Meredith as Bailey and Richard put off telling her about DeLuca.”

In Episode 14 this season, “Look Up Child”, audiences found out that Jackson decided to go to Boston and take over the foundation. He shared his news with April (Sarah Drew), asking her to move to Boston with him so that he could still be there for their daughter. At the end of the episode, she agreed and also shared that she and Matthew separated, which leaves the door open for the exes to finally get their happy ending.

So what’s next for Williams? He will be starring in Broadway’s Take Me Out alongside Patrick J. Adams and Jesse Tyler Ferguson, set to open in Spring 2022.

According to the official Second Stage Theater website, the Tony Award-winning Best Play from playwright Richard Greenberg will “celebrate the personal and professional intricacies of America’s favorite pastime. When Darren Lemming, the star center fielder for the Empires, comes out of the closet, the reception off the field reveals a barrage of long-held unspoken prejudices. Facing some hostile teammates and fraught friendships, Darren is forced to contend with the challenges of being a gay person of color within the confines of a classic American institution. As the Empires struggle to rally toward a championship season, the players and their fans begin to question tradition, their loyalties, and the price of victory.”

This upcoming new episode of "Grey’s Anatomy" will no doubt be a tearjerker, so get your tissues ready. We will miss Dr. Jackson Avery but we are so excited for Williams in Take Me Out and all of his other future projects!