5 Netflix Documentaries You Don’t Want To Sleep On! 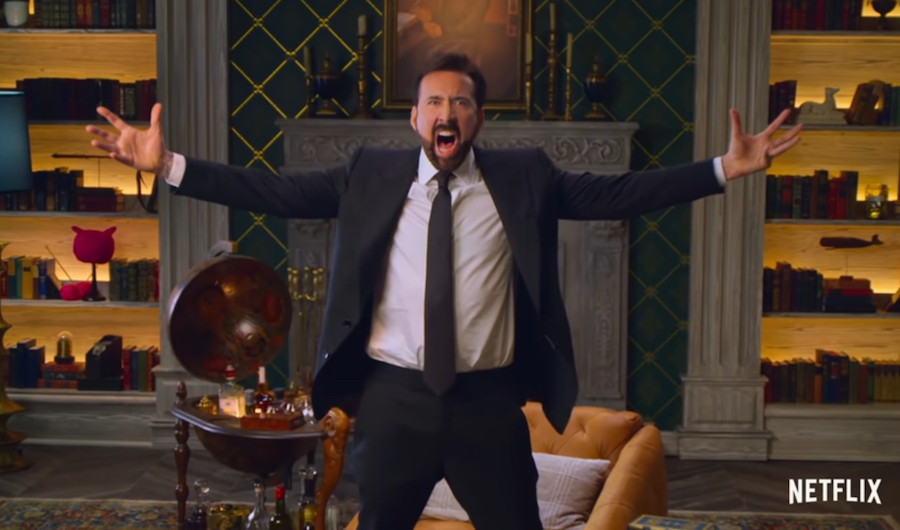 Aaah, Netflix. You know it, you love it. You’ve got your original series, your reality shows, your favorite movies both past and present – anything your streaming addict heart could desire. But if you’re anything like my mom and me, Netflix is also your go-to site for the juiciest documentaries and docuseries around. Seriously, guys, they’re so good. And I know what you’re thinking: “Heather, I would rather be forced to re-take Geometry on an endless loop while being stabbed in the eyeballs than to have to sit through one of those.” Allow me to reassure you that the boring documentary is a thing of the past. The ones I’m going to list (and so many more not mentioned here) are certainly less painful than Geometry. Here are some of my favorites from the past year, in no particular order!

2020 was such a $#!tshow of a year that you may have forgotten about that crazy college admissions scandal that made all the headlines in 2019. This pre-pandemic bombshell may have fallen into the ether, but you won’t soon forget the happenings of Rick Singer and co. after watching this doc. Netflix did a terrific job of laying out all of the facts and figures of this completely gross event as a reenactment of sorts, combining witness (and, in a few cases, perpetrator) testimony with actual conversations between this college admissions counselor and the obscenely wealthy parents who cheated the system in a variety of different ways in order to get their already-amply-privileged children into the “top” schools in the country. I’m telling you, Operation Varsity Blues has everything: suspense, intrigue, white privilege, cheating, scandal, lies, money, power, narcissism, status, retribution (or not?), and so much more. If you resented the college admissions process when you were going through it, this doc will make your blood boil in all the best ways. I won’t say anymore. Just watch!

In the past year, I don’t think any film made me more emotional than this documentary, and I watched Soul twice! You know when the Obamas are tagged as the executive producers on anything, you’re in for a treat. For me, Crip Camp was not just a treat; it may have been my favorite film – doc or not — of 2020. Beginning in 1971 at a summer camp for disabled teens called Camp Jened, this doc takes you through the incredible lives of some of these campers, and how a few later became the leaders of the ongoing disability rights movement. You fall in love with so many people in this film it’s impossible to name them all, but my goodness... if you don’t worship Judy Heumann the way I do by the end, something is up.

While this docuseries may lack the critical acclaim of some of the others on this list, I actually enjoyed it a lot more than I thought I would. Learning the etymology of some of the most commonly used curse words of today was damn interesting (see what I did there?) and Nic Cage was a clever choice as host. The combination of linguistic specialists and comedians as contributors to this series kept the show both informative and thoroughly entertaining, and 13-year-old me would have been giggling the whole way through. So maybe this doc fulfilled some sort of childhood fever dream, or maybe I’m still a kid at heart. Maybe both. Either way, I’m dying for a Season 2. Bring it on, Netflix!

If you thought "Last Chance U: Basketball" would be a cheap rip off of "Last Chance U" (the football version), boy oh boy did you miss the mark. Normally I’m not the ‘binge watcher’ type … or at least, I’m able to avoid the peeing-in-cups, eye-glaze phase of the binge. But with this one, I had to remind myself of that death-by-sitting-too-much disease. What’s it called again? It has something to do with blood clots... Anyway, LCUB could not have been more compelling, and I’m not just saying that as a huge sports buff. Once again, you quickly fall in love with the subjects, in this case Coach John Mosley and his team at East Los Angeles College, a junior college in one of the rougher areas of L.A., as these young Division 1 hopefuls do everything in their power to join the ranks of some of college basketball’s elite talent. But before they can hang with the big boys, they first have to complete the mission at hand: be the best of the best at the junior college level and get ELAC that elusive championship. I’m a major L.A. sports fan myself, and my nerves during the Dodgers’ and Lakers’ runs last year didn’t hold a candle to the anxiety I felt for the ELAC boys during this doc. My hands are doing that tingly, numb thing just thinking about it...

Do enough people know about this one? For real. As somebody who is always eager to learn more about the LGBTQ+ community, Disclosure was beyond eye-opening. Excuse my ignorance, but I had no idea how Hollywood has been using (and mis-using) gender-defying tropes in its content since its problematic beginnings. Or at least I had never thought of the extent to which the transgender community’s impact could be seen in some of our favorite movies and TV shows since our grandparents were young. I don’t want to sound preachy here, but becoming more educated on cultures or issues that you may not be as familiar with is so important. It’s easy for me to mistakenly believe I know it all when it comes to the “woke” stuff. Clearly I don’t, and this film proved that. Watch it with anybody you can and get ready for the deep dive you didn’t know you needed.

Those are just 5 of the ones that really stuck out to me. American Murder: The Family Next Door, Athlete A, and "Night Stalker: The Hunt For a Serial Killer" were also amazing. So put your phone in the other room, pop that popcorn, and get comfy. Just make sure to watch these at a reasonable pace. That blood clot thing is nothing to mess with.