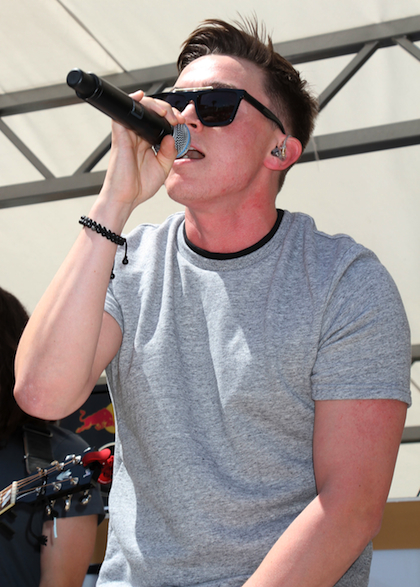 Now it's 2014, and Jesse McCartney was, and still is, one of our favourite heartthrobs. It's hard to believe that Beautiful Soul is approaching its 10th birthday, but what better way to celebrate than with the release of a single off his newest album?

In "The Other Guy", Jesse sings with heartbreak in his voice as he tells the story of being "the other guy" with a cheating girlfriend. Backed by just a piano, this ballad is far from simple -- an emotional and vulnerable Jesse spills his heart out in this track while sharing his impressive vocal range.

It may seem puzzling how a sad track like this can be featured on an album that is supposed to be "in technicolor", but Jesse has a reason behind the album title. He explains this and the album's fresh spin on a retro throwback type of sound, as well as a live performance of his song "Superbad", all in our interview with him at the YH Studio, which you can check out below!

Although he has always had R&B undertones in his music, In Technicolor delves deeper into the old school style. And the album cover matches his new sound perfectly -- all he's missing is a vintage '50s style microphone to go along with his perfectly tailored retro suit.