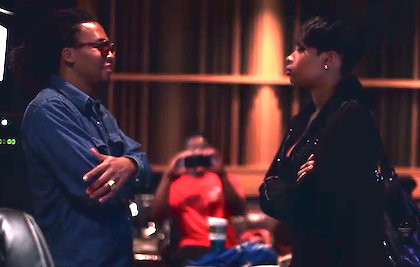 RapperLupe Fiasco has teamed up with fellow musical artists Jennifer Hudson andCommon to released a new song dedicated to the fight against cancer entitled “Remission”. The talented trio will perform this heartfelt song at the Stand Up to Cancer Benefit in Los Angeles on September 5. The event will be available for viewing on all major networks starting at 8pm/7pm CT.

The passionate song features lyrics about the struggles and triumphs of battling cancer.

“Coulda died but I came out fighting,” are just some of the lyrics Hudson belts out on the track.

Fiasco has stated that the purpose of the song isn’t to create sadness or release anger. “I wanted it to be like an uplifting, powerful, and almost ratchet song,” he told MTV.

And uplifting it is!

The song will be available for purchase on iTunes the same day of the benefit.

Take a listen and watch the video below!