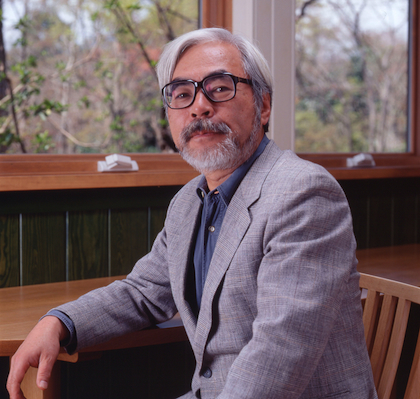 Everybody’s favorite anime artist, nicknamed “Japanese Walt Disney” (even though he despises that alias), Hayao Miyazaki has announced that he is coming out of retirement… which gives me mixed feelings since we told you all before that he totally was retiring and it was time to say goodbye to Studio Ghibli. But I’m also a big Miyazaki fan, so I’m also completely fine that he’s returning… even if it for an uncountable time.

Why is Miyazaki coming out of retirement? Well, he is just not happy with sitting back, playing golf all day, and watching a sitcom while doing a Sudoku puzzle before bed. He also draws inspiration to get back into the game from his favorite football player Brett Favre. Miyazaki’s new approach to the game of animation is going to be in the form of his first venture into 3D animation. He has been a long supporter of legalizing marriage between hand drawn animation and computer animation. Princess Mononoke was the first movie he began doing it with, and you can see it in all of his movies since, but it’s clear he still favors the personal touch of hand drawings.

What’s in store for Miyazaki’s new project? What we know so far is that it will be a 10-minute short film about a hairy caterpillar that he says could take him three years to make (he’s got to learn how to use 3D animation). But a fun fact about a very popular 3D animated movie is that of Frozen, which took a team of between 100 and 200 animators well over three years to make. So, Miyazaki has a lot of work a head of him, but it’s good to see him getting back at it and trying to change animation up for himself.

I want to see Miyazaki’s 3D work already but, like I said, it might be a while. Just this time I hope he tells us if he’s retiring or not and sticking to one already! But until his next project, and possibly one after that, he’s left us with plenty of his films we can enjoy again and again: