Is It Finally Time for H.P. Lovecraft Movies?! 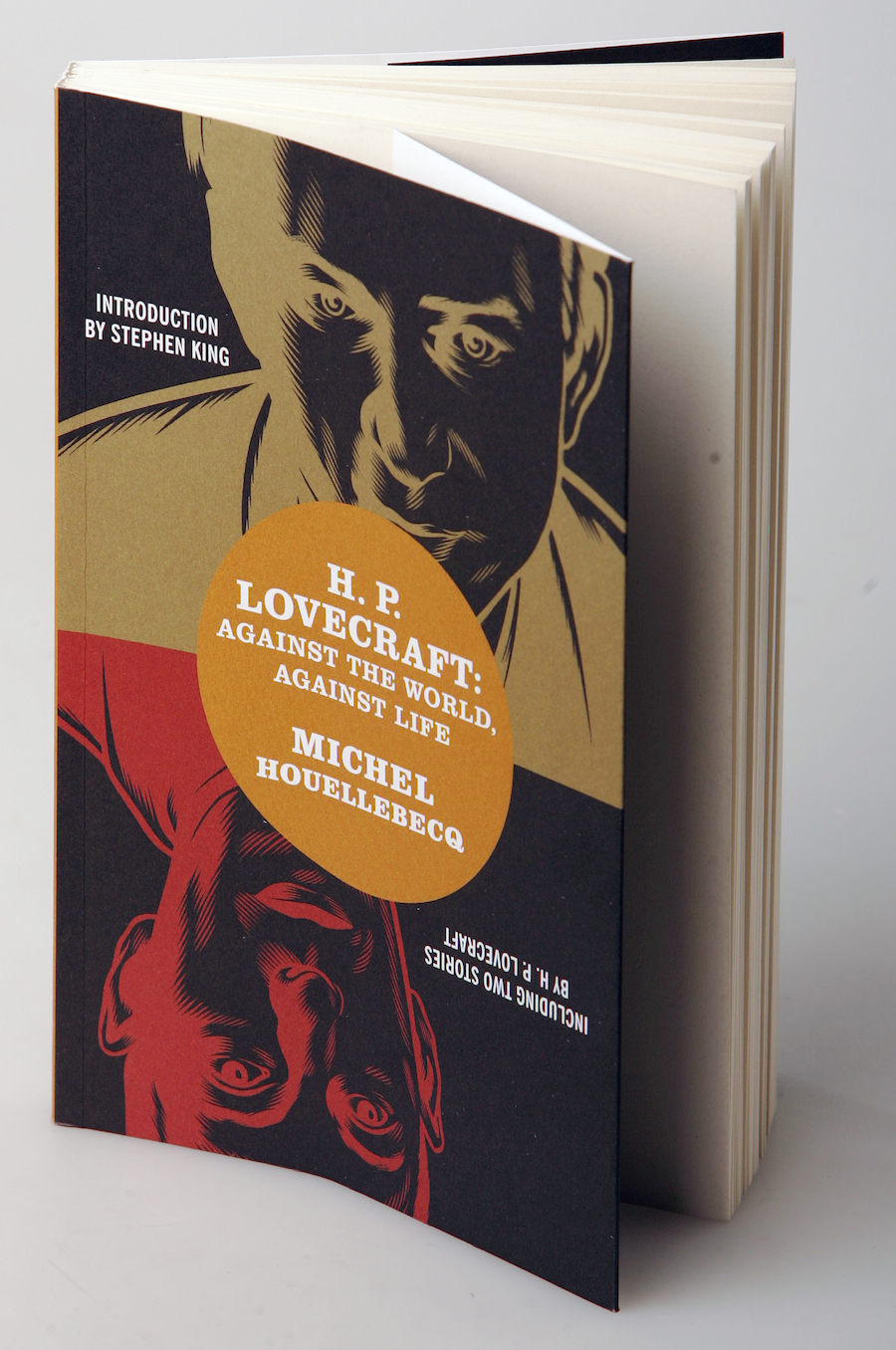 At this point, it’s more than likely that you’ve heard of the squid monster Cthulhu, who sleeps in an ocean city waiting to be awakened to destroy the world and rule over us. He’s been referenced countless times in pop culture on T-shirts, plush dolls on a co-worker’s desk, all sorts of games, and even had an arc in “South Park” where Cartman, as his superhero/villain alter-ego The Coon, teams up Cthulhu to wreak havoc and kill Justin Bieber(NSFW):

You may not know that Cthulhu is part of a bigger mythology created by a very flawed trust fund kid/pulp fiction writer who died broke and in very poor health named H.P. Lovecraft. He created more cosmic beings like Cthulhu, called Great Old Ones, and other classifications for weaker and more powerful ones. Cthulhu made his first appearance in Lovecraft’s short story “The Call of Cthulhu” and is actually one of the least-used monsters in Lovecraft’s universe that is still being added to today by other writers; however, Cthulhu is the most recognized by average people.

Now that we got all that Cthulhu business out of the way, let’s get into the meat of why I’m ranting at you about Cthulhu this and Lovecraft that. Well, Lovecraft has actually had a lot of influence in film, with directors John Carpenter andGuillermo del Toro among a few to name. However, there aren’t any movies that have been made set in this cosmic horror universe that Lovecraft created. Now, when I say cosmic horror, it should be noted to you that Lovecraft’s beings are sometimes living in our universe or just outside of it. Either way, they cause chaos, not always by directly appearing to people and tearing them to shreds, but by influencing the terrible behaviors inherent inside all of us. Couple that with the monstrous entities Lovecraft created, you have most of del Toro’s body of work and what is considered the most Lovecraftian movie ever made inJohn Carpenter’s The Thing, which is said to be based on Lovecraft’s novella At the Mountains of Madness as much as it’s based on the original film The Thing.

Lovecraft’s influence over The Thing is not just recognizable by the grotesque way the creature kills hosts and other surrounding beings, but by the bittersweet ending [SPOILERS!] whereKurt Russell’s MacReady allegedly gives the only other surviving member, Childs, lighter fluid to drink, thus implying that Childs is, in fact, taken over by the thing. Neither character has any reason to trust the other, but since they are now watching their outpost and only source of shelter in Antarctica burn down, there’s no reason to fight. The sense of bittersweet accomplishment sets in as the question of whether the thing was burned up inside the outpost or had taken over another body leaves this one at basically a draw, since the thing cannot affect another society for now.

The influence from Lovecraft on horror movies doesn’t just stop at monsters and feelings of dread either. The whole point with his monsters is that you can’t ever truly beat them. Take your slasher films in for this one -- The ending to A Nightmare on Elm Street, which was the studio’s choice as a setup for a sequel, involves our main character Nancy realizing that she didn’t actually beat Freddy Krueger and was still in his nightmare, and then her mom is grabbed and sucked into a front door window and it looks silly. Nancy did everything right in fighting off Freddy, but he still wasn’t beaten. He is a Lovecraftian monster in this sense as he is immortal, exists only his victims dreams, and you can fight him off temporarily but he’s never been truly killed. He even breaks away from being a movie character and into an idea that starts terrorizing the cast of the original film in Wes Craven’s New Nightmare.

So it seems like Lovecraft’s influence has been in film for years, and will continue to come in some way shape or form. The whole notion of outside influences taking control of human actions seems like it would work great in our zeitgeist. We live in a world now where everybody wants to point fingers at one another and blame them for destroying the world, or ruining Ghostbusters or whatever the problem of the week is. Wouldn’t it be scary if a series of terrible events befalling a society or small grouping of people had something indiscernible to blame it all on? They think there’s some way to fight off and do all they can to, but at the end of the day, its attack on humanity is inevitable. Sounds like a lot of horror movies to me, and with this as an established lore with fleshed out monsters that have backstories, why isn’t there some kind of cinematic universe involving these stories?

The answer is, there isn’t really an answer. One could argue that Lovecraft was mainly concerned with creating an “indescribable horror” when creating his creatures, but there’s still plenty of artist renderings you can find online and in board games… and that’s mainly where Lovecraft’s lore lives on for most audiences today -- board games! There’s a whole series of board games called the Arkham Files which contain 3 board games and many expansions in different co-operative adventures in Arkham Horror, Elder Sign, and Eldritch Horror. These games have players teaming up together to resolve mysteries and take high risks in order to stop the incoming threat of whatever Great Old One is threatening to awaken and devour our world. Some of the tasks even involve players having to hurt or kill themselves in order to stop the threat, and the games can be very tough because these monsters are never something you can truly beat; like the horror that lives inside all of us, you can only suppress it at best. With friends playing together in order to fight off monsters and cults looking to raise said monsters, it engages groups of people just like how Lovecraft did with characters in many of his stories.

While the board games are fun, this still isn’t anything I haven’t seen in a movie before. One of my favorite cheesy horror movies of all time is Pet Sematary, based on the Stephen King novel of the same name. I bring it up because, while there isn’t exactly some alien or other cosmic entity trying to terrorize people, it doesn’t have a happy ending. The main character can’t fight off his greed for saving his dead wife, despite knowing that burying her in the pet sematary will make her a murderous walking corpse like it did to his toddler son. He doesn’t heed the warning of a deceased patient’s ghost and buries her. She comes back, and all we hear are blood-curdling screams as the credits roll. So right there, we have an ending involving the downfall of a human being due to the worst part of him taking control. Add that force in being a terrifying to look at monster that would make some go insane when they look at it, and you pretty much have a Lovecraftian horror movie. It wouldn’t be the best one ever because, like I said, Pet Sematary is one of my all time favorite cheesy horror movies, but it would still work.

All in all, I would like to see a big studio make at least one movie set in the Cthulhu Mythos. If it ends up not being good, then so be it, I just want to be proven right or wrong that this can or cannot work. Considering how much influence the man’s writing has had over horror for years in other books and films, it seems like it could easily work, and I was only able to scratch the surface of how far reaching his influence was and continues to be...