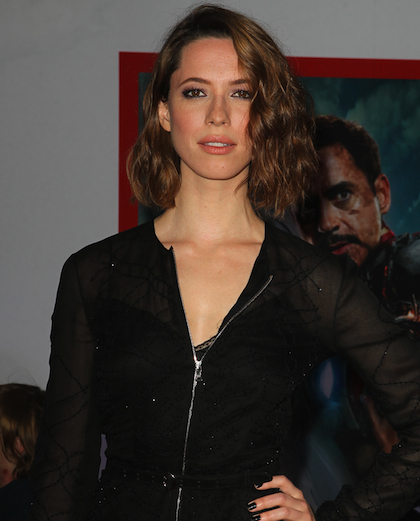 Do you remember the Sophie Treadwell play Machinal, set in the 1920s? Well, if you don’t, no need to worry because it’s coming back to Broadway for an 85-year revival.

The Roundabout Theater Company announced this week that The Town and Ironman 3 actress Rebecca Hall is set to make her Broadway debut next winter as the executed murderess Ruth Snyder in Machinal.

Hall is very familiar with stage acting, having performed in several Shakespeare productions in London, including some directed by her father, Peter Hall. She has an impressive resume, having won multiple awards for her performances, and in 2009 she performed at the Brooklyn Academy of Music in the Bridge Project Productions of The Winter’s Tale and Anton Chekov's The Cherry Orchard.

Machinal was inspired by the true story of Ruth Snyder, who rebeled against the cultural norms of 1920s America and teamed up with her lover to murder her husband. The original 1928 production featured a young Clark Gable in his first ever Broadway outing.

The Roundabout Theater Company’s revival will be directed by Lyndsey Turner (The Way of the World) and is scheduled to begin preview performances at the American Airlines Theater on December 20, 2013, with an opening date set for January 16, 2014. Hall is the only cast member that the Company has released yet, but they have said that additional casting will be announced shortly.

Hall is also slated to appear in Wally Pfister’s upcoming film Transcendence, featuring Johnny Depp, so keep an eye out for her!