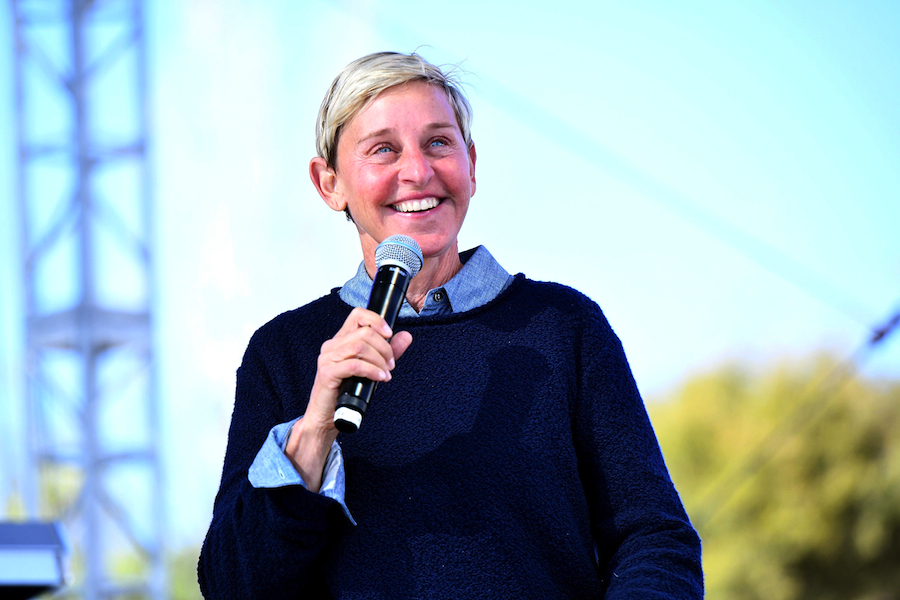 Everyone on Earth can attest to the fact that Ellen Degeneres knows no boundaries to the good she does for others. She hands out checks on her show to struggling families and cars to audience members after their heroic deeds, and has been a pioneer in the LGBTQ+ community for decades. She has also been a powerful animal activist throughout her life, supporting and even receiving awards for her campaigns from PETCO and organizations alike. This year, Ellen has taken her activist role to new heights, living out a lifelong dream of hers in the process.

Back in February, as a surprise gift to Ellen for her 60th birthday, wife Portia de Rossi revealed she had set up the Ellen Degeneres Wildlife Fund -- a foundation that supports global conservation efforts for critically endangered species. The fund supports Rwanda mountain gorillas through the Dian Fossey Gorilla Fund, whose namesake is a personal hero of Ellen’s. At the end of May, Ellen and Portia travelled to the country to begin work building a permanent home for their efforts.

Ellen’s celebrity friends have taken note of the fund, and have made some massive donations. Before their trip began, friends at Portia’s current series, "Arrested Development", made a generous donation to Ellen’s Fund to the tune of $50,000. Ashton Kutcher also stopped by the show and presented a whopping $4 million check to Ellen, rendering her almost speechless.

While travelling, Ellen and Portia met with Dr. Tara Stoinski, president of the Dian Fossey Gorilla Fund, to spend some time with the animals and build the campus. The pair posted photos out in the field, getting extremely close to the primates and observing them in their natural habitat.

Encouraging to see the mountain gorilla population in the Virungas has grown 25% in the last eight years. Conservation efforts must continue. Thank you @TheEllenShow & Portia for coming to Rwanda & getting involved. #VisitRwandapic.twitter.com/1ALIjkpqgg

This was us about to start our three-mile trek up the mountain to see the gorillas. I love this photo taken by @aaron.

This was a trip I’ve been waiting my whole life to make. Thanks for making me look so good while I did it, @Moncler and @Patagonia.

Seeing the work Ellen and her team are doing in order to save and grow endangered species and their environment is not just a testament to her, but hopefully a piece of a major shift in our culture to care about critical issues. Our world is a better place because of people like Ellen who look out for voiceless animals and communities.

If you’d like to learn more about the work Ellen’s efforts, the Dian Fossey Gorilla Fund, and how to get involved, visit her site here!