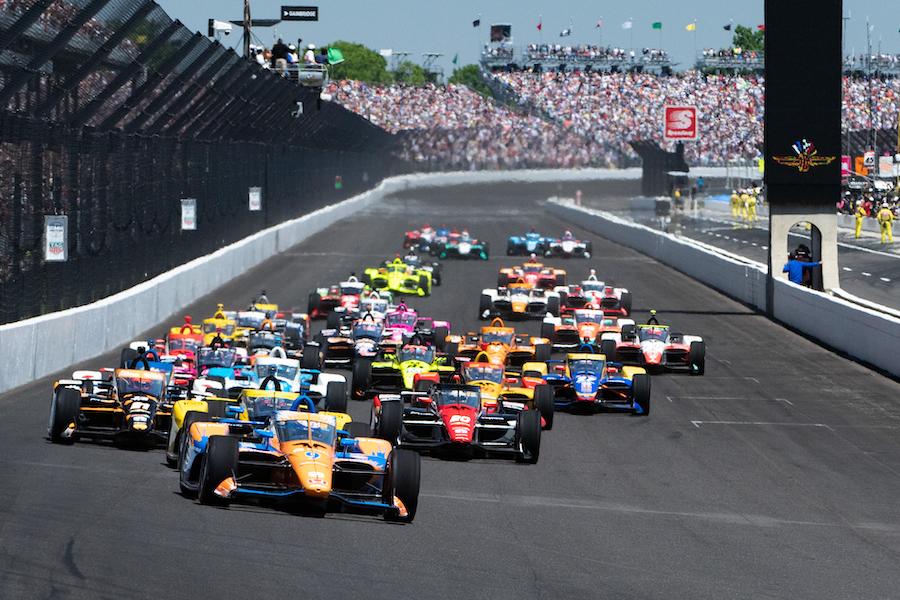 Fasten your seat belts, racing fans! This weekend, 33 drivers – many of whom YH has had the pleasure of talking to and hanging out with over the years – will race on the 113-year-old Indianapolis Motor Speedway in one of the biggest sporting events in the world: the 106th Running of the Indianapolis 500 presented by Gainbridge. Since these race cars are known for going FAST, what better time to give you the Indianapolis 500 Fast Facts heading into the weekend?!

- As if we need to tell you again, but this surely is a BUCKET LIST event, and as such, you best tune in on NBC this Sunday starting at 11am ET before it races into history. That is, if you aren’t already attending the race at IMS!

- The Indianapolis 500 is already the largest single-day sporting event in the world as 300,000 people pack the grandstands for the epic race.

- This year, however, it’s going to be even bigger. For the first time in 3 years, there will be no crowd restrictions, and it will be the largest single-day sporting gathering since the pandemic!.

- This weekend’s race is expected to be a thrilling and fast race. Last weekend, Scott Dixon earned the first starting place with a four-lap average speed of 234.064 mph and became the fastest driver ever to qualify for the first starting position in the Indianapolis 500.

- The NTT INDYCAR SERIES is the fastest racing series in the world, and Indy cars can travel the length of a football field every second. Plus, they generate so much downforce that they could, theoretically, drive upside-down! Again. Mind. Blown.

- Lots of celebrities (and YH friends!) will be attending this weekend’s Indianapolis 500. Miles Teller, who stars in the new Top Gun: Maverick movie, will wave the green flag to start the race. Broadway star Jordan Fisher is going to sing the National Anthem, and “The Voice” winners Girl Named Tom will perform “America the Beautiful”.

- It will be an historic race as former "Dancing with the Stars" Champion and our good friend Hélio Castroneves tries to win his 5th Indianapolis 500, which would be an all-time record!. (More hardware for that Florida trophy room, eh?) And, at just 20 years old, David Malukas is the youngest driver in the race.

- Drink up! The winner of the race will celebrate with one of the most iconic traditions in sports – drinking milk in Victory Lane. It’s an 86-year-old tradition dating back to 1936.

- Pucker up! The winner of the race will also kiss the finish line at the racetrack – called the Yard of Bricks – a row of original bricks from 1909 that are a tribute to the racetrack’s historic origins as the place were auto racing started in the United States.

One last reminder… The Indianapolis 500 will air live on NBC and on Telemundo Deportes on Universo at 11am ET. And, after the race, Young Hollywood will have an interview with THE WINNER, so stay tuned for that too!