A Doge Is Born: Charlie & Other Celebrity Pets Ready For Their Close-Up! 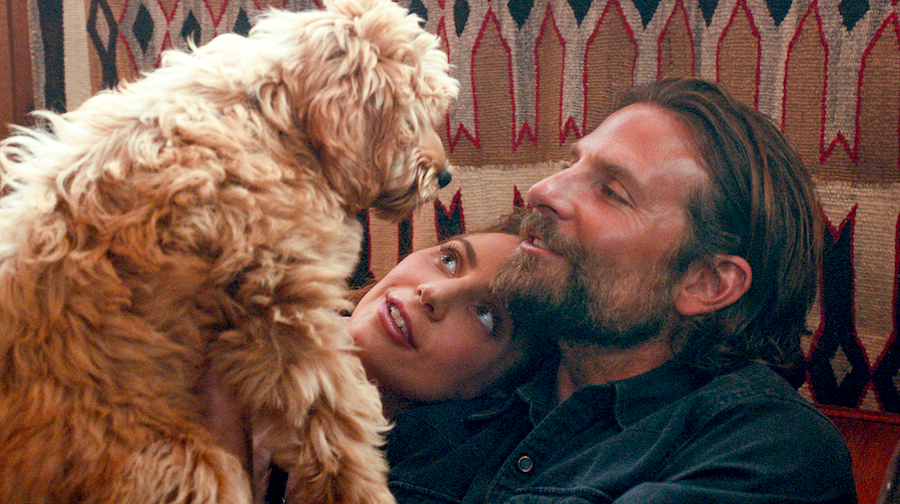 A Star Is Born certainly lived up to its name -- it delivered a new star into our world, one who shines so brightly and is so good that it’s hard to believe we are just now learning his name. I have seen this movie 5 times, and at first, I was embarrassed to admit that, but you know what, this is the world I want to live in and so I am living in it. The point of this was to tell you that the more I watch this movie, the more I realize there is one performance that goes above and beyond, one performance that surprises me, makes me laugh, makes me cry, and makes me fall in love every time I see it. And that performance is by a dog.

MeetCharlie, he is Bradley Cooper andLady Gaga’s dog in A Star Is Born and he also happens to be Bradley Cooper’s dog IN REAL LIFE!!!!!!!

Bradley Cooper cast his own dog in "A Star is Born"pic.twitter.com/q0mnEIoi9h

He has long luscious locks, always comes when called, and happens to be a powerful actor. At one point, Bradley Cooper picks Charlie up and cradles him like a baby and it is the only thing I want to see for the rest of my life.

So in honor of our new star Charlie, here’s a list of all the other doges we’d like to see on screen!

Our forever First Dogs: Sonny and Bo Obama. They have lots of experience in front of the camera from their time at the White House and seem to love the attention.

Look who has a spring in their step! Celebrate the #FirstDayofSpring by grabbing a friend, heading outside, and getting moving.

Chrissy Tiegen’s newest pup: Pepper. The Legend household is known for their love of bulldogs, but Pepper almost broke the internet with her Instagram debut. The world clearly wants more.

Liam Hemsworth’s lovely lady: Dora. Liam rescued Dora and just look how big and sweet she is trying to squeeze in with all their other pups. And she’s already a style icon -- just look at how well she pulls off that bandana!!!!

My dog posse and I (not all pictured here) are supporting young Aussies living with cancer by wearing @canteen_aus bandannas. #bandannaday is today in Australia so get behind this great cause and shop for your favorite style at www.supportbandannaday.com And on a side note if you look closely 3 out of 4 of these dogs have their upper lips caught #perfectsnap ? #bandannaday @canteen_aus

Finn!!!! Finn is Amanda Seyfried’s trusty companion and their relationship is what I model all my human relationships after. He is clearly talented and passionate about charity work and ready to be a leading dog.

?We put our #noseson to help end child poverty with @rednosedayusa! Grab yours now at Walgreens and get more info on the Red Nose Day instagram page! Yay.

And we must give an honorary mention to the sidekicks who aren’t dogs but who we’d love to see on screen nonetheless!

Ariana Grande’s pig: Piggy Smallz. He is new to the celebrity life but seems to be handling fame just fine. I mean, he’s already the star of a music video, clearly, he has what it takes:

Olivia and Meredith: Taylor Swift's cats. I don’t like cats, but I like these cats. They are two sassy gals living their best life.

In this house, there is no correct or incorrect way to relax.

So all in all, here’s what we learned: Charlie is the greatest animal actor since that dog in The Artist, he is extra fluffy, should probably win an Oscar, and his dad is Bradley Cooper. Thank you for coming to my TED Talk.