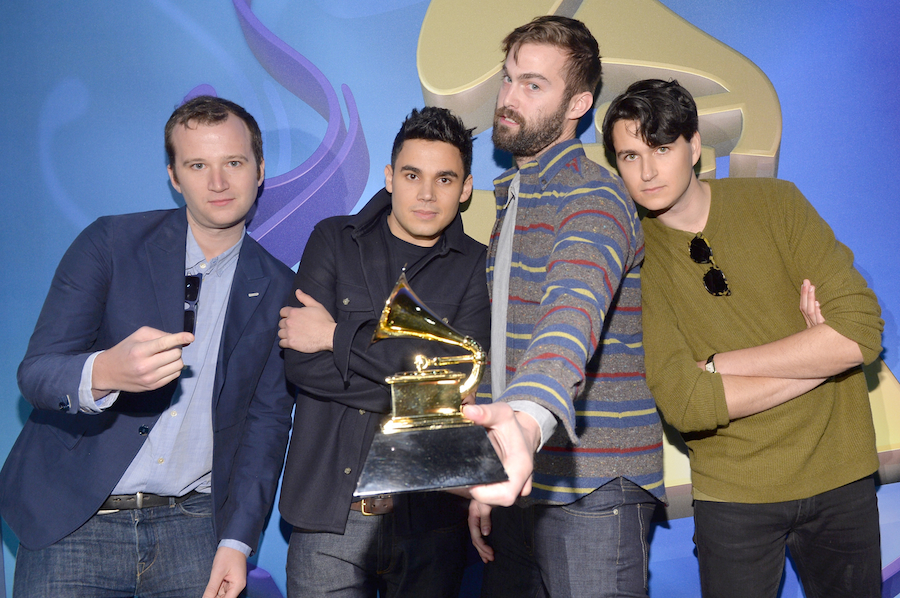 On January 22nd, in an almost-forgotten corner of the Internet, a small rustling was heard. The sounds grew louder and louder until it could almost be made out—was it, or were we dreaming, the sound of a keyboard? Could it be? A great behemoth waking from an extended sleep? Those with a knowing mind took to Twitter. Sure enough, from under a five-year sheath of silence, came these words: “Harmony Hall and 2021 out Thursday.” The day had finally come. Twitter notifications long-forgotten pinged. Vampire Weekend had emerged from its once-feared-eternal rest. We finally learned conclusively that not even vampires can sleep forever.

After five years of Ezra Koenig living his best life—hosting a hugely popular podcast, creating "Neo Yokio", having a baby with Rashida Jones—he has returned to his first and, some would say, greatest work (sorry Baby Koenig) as the frontman of the alternative rock phenomenon, Vampire Weekend. It was a restorative moment for fans of the band, who deserve huge props for their patience.

After such a long wait, I’m guessing they could have put out anything and it would sound good. Like when you’re hungry and suddenly those leftover fries in the fridge don’t seem too soggy anymore. Luckily, though, the songs are actually good! Try and decide which one you like better; I know I can’t. The recognizable Vampire Weekend sound is alive and well, and it seems like more creative and fresh music is in store for listeners when the full album is released. Their fourth album, Father of the Bride, will be out in Spring. With their record, we can only hope that means this Spring. They also announced new North American tour dates, starting in May at the Hangout Music Festival in Gulf Shores, Alabama.

The best part: the band will be releasing two new songs a month leading up to the album. That basically means in, like, three weeks, there will be two more Vampire Weekend songs that no one’s ever heard before. What a way to start off 2019!