ICYMI: The Biggest & Most Hype-worthy Reveals From Star Wars Celebration in Chicago! 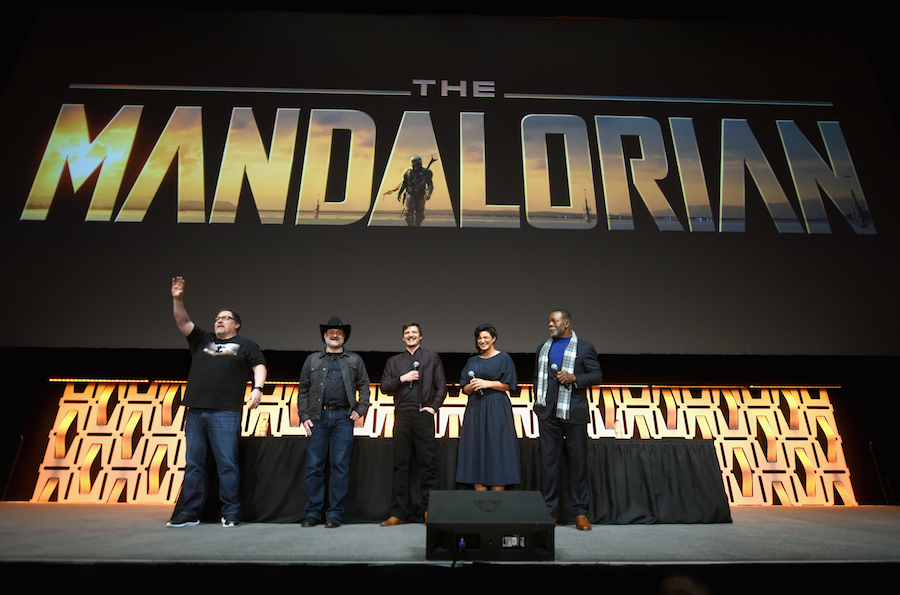 Since 1999, one event has become a significant part of Star Wars fandom. That infamous time of year has become known as Star Wars Celebration. What started out as a way to introduce fans to The Phantom Menace has become a hot spot for everything coming soon from the Galaxy Far, Far Away. Whether it's TV shows, movies, or theme park news, all the future happenings of this beloved Disney-owned franchise are unveiled in spectacular fashion year after year. And 2019 did not disappoint, as this marks one of the more critical Celebrations in recent memory. This event would see the beginning of the end as Star Wars closes its doors on the Skywalker saga that started it all. But when one door closes, apparently in this Galaxy, many more open, as fans were also introduced to a plethora of new content to geek out over. Of all the greatness that came out of Star Wars Celebration 2019, here are the most important headlines and reveals!

One of the biggest things to come out of Celebration was some really great news for the fans of the franchise that are also gamers. The video games relating to the GFFA have, admittedly. not been the greatest. But Star Wars Jedi: Fallen Order looks to change all that. This title has no multiplayer or micro-transactions but does star “Shameless” and “Gotham” actor Cameron Monaghan as a Jedi padawan living on the run from the Imperial Inquisitors after the execution of Order 66. The story-based adventure takes place chronologically between Episode III: Revenge of the Sith and Episode IV: A New Hope. This badass new title will contain a wild range of challenges focused on combat, exploration, and puzzle-solving. The gamer will be introduced to all new locations, a new sidekick droid, a new set of enemies, and a mysterious new lightsaber. Star Wars fans better mark their calendars for this one and then don’t bother doing so after that, as you will definitely be busy running from the Empire. The game releases November 15, 2019, for Xbox One, PS4, and PC.

A lot of people want to be a hero, but we can all agree that, if we were going to go full Dark Side, we’d want to do it under the tutelage of one Darth Vader. Taking a job from the artist-formerly-known-as-Anakin Skywalker would be pretty boss, and in Vader Immortal: A Star Wars VR Series, all you’ll need is an Oculus VR headset to become the heaviest breather in the Star Wars saga’s Chosen One. From checking out Lord Vader’s crib to being sent off on some secret mission, this 45-60 minute narrative written by The Dark Knight writer David Goyer will have you feeling the Force like never before. Classic Vader voice actor Scott Lawrence steps up to the plate to bring everyone’s favorite villain to life. And one of the best things about this game is undoubtedly the reveal that Maya Rudolph will be voicing your new droid companion ZOE3. I don’t know about you guys, but the Dark Side is looking pretty sweet right about now, and it may be hard to go back to actual reality when Vader Immortal releases sometime this Spring.

The popular animated Star Wars series is back complete with clone armies, droid armies, a dashing young Obi-Wan Kenobi, a much more tolerable Anakin Skywalker, and the return of a very special Jedi. The “Star Wars: The Clone Wars” revival marks the triumphant return of fan favorite Ashoka. The one-time padawan of Anakin Skywalker has been on quite a wild ride in the Star Wars canon, most recently being featured in “Star Wars Rebels”. Now she is back in "Clone Wars" with new dual blue lightsabers and new challenges to face, including the infamous Darth Maul. Those two will be going toe-to-toe as fans get to see more of the war that was previously left unfinished... until now. Joining Ashoka will be some badass new clone characters that will definitely add to the fun and excitement this latest installment in the beloved series promises to unleash on fans when it finally arrives exclusively on Disney+ sometime in the first year of operation.

If there is one reason to get people excited about Disney+, it's “The Mandalorian” TV series. The show helmed by Jon Favreau released its first footage exclusively to those at Star Wars Celebration which gave audiences their first glimpse at the stellar cast in action, which includes Pedro Pascal, Gina Carano, Werner Herzog, Carl Weathers, and Giancarlo Esposito. From what’s been reported, there were plenty of laser fights, droids, and freaky aliens, letting everyone know they'll be getting their money's worth with this series alone when it is released on the highly-anticipated streaming service. Even though the footage was not published online, the world was given a few stunning first look images to satisfy their curiosity until the first trailer premieres.

Check out these brand-new photos for #TheMandalorian, as debuted in today’s panel at #StarWarsCelebration! pic.twitter.com/errs9COst9

J.J. Abrams is back to finish what he started, and he was on hand along with Daisy Ridley, John Boyega, Kathleen Kennedy, and more from the final chapter in the Skywalker Saga at Celebration, to unveil not only the title of the 9th installment but the first trailer as well. Star Wars: The Rise of the Skywalker sees the return of not only our favorite modern-era Star Wars director but also all the characters we’ve been rooting for in the fight against the Dark Side. From the opening moments, it is clear J.J. has literally flipped the script on everyone's expectations as usual, and by the time the trailer finishes, despite all the ups and downs of this epic intergalactic journey, it is clear that the Force is strong with this one. Rey, Finn, Poe, BB-8, R2-D2, and C-3PO are finally dropping all the extra baggage and squading up to take on the likes Kylo Ren and whatever is left of the First Order. The teaser also unveiled Billy Dee Wiliams's return as Lando Calrissian, back behind the wheel of the Millennium Falcon with Chewbacca, BB-8’s new droid companion D-0, and another evil voice from the past creeps up at the very end. As the wreckage of the second Death Star fills the screen in the promos final moments, that all-too-familiar sinister laugh fills the air. The Emperor has returned! (You can read our full breakdown of the trailer here.) J.J. Abram’s restoration of order to the Skywalker Saga will be unveiled when Star Wars: The Rise of Skywalker releases on December 20, 2019.