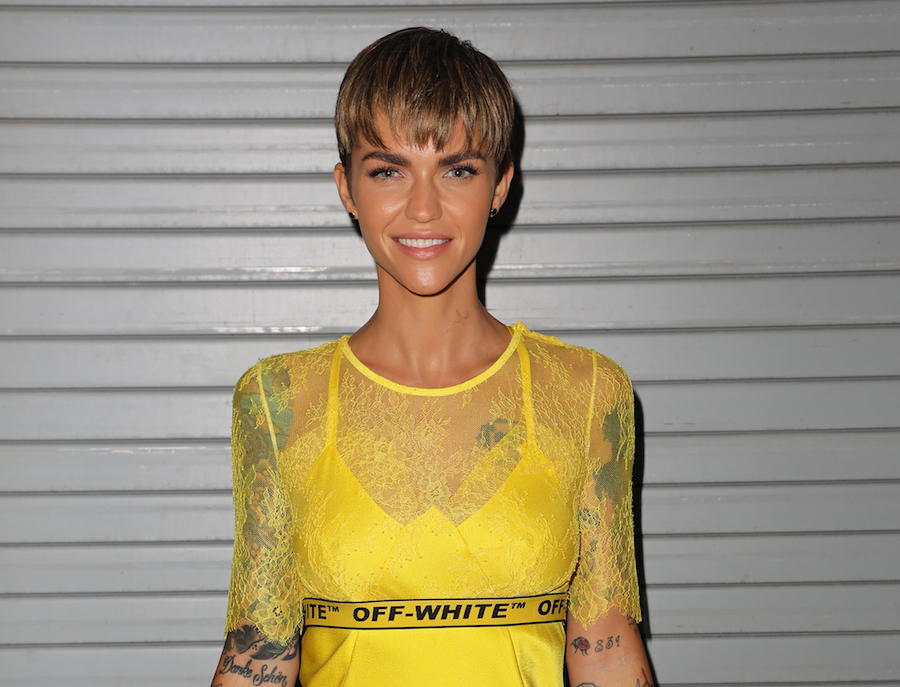 In August, we learned that Ruby Rose will be heading to The CW as Batwoman in what will probably be called “Batwoman”. (I’m a huge fan of intense deductive reasoning.) While the show won’t be appearing until 2019, it’s been sounding like Rose will appear beforehand through out the “Arrowverse” as the out lesbian hero and now we have a picture to prove she’s ready to get going:

Even if you’re not a fan of the comics, you can tell exactly where the character Batwoman got her inspiration from for her name and look. I know that the “Arrowverse” has a Superman thanks to Supergirl, but it doesn’t appear that there is a Batman (nerds can correct me if he’s been mentioned and how “Titans” fits into all of this). With Arrow more or less filling that role of the rich guy-turned-crime fighter, then perhaps this Batwoman will have her own inspiration outside of a man. Considering the hiring of Ruby Rose, and the fact that DC and the CW aren’t shying away from giving this out character the sexual orientation justice she deserves rather than “queer-baiting” audiences, then it only makes sense that she’s her own bat and not a copy bat.

There is still currently no release date outside of 2019, but be on the lookout this season on The CW for Ruby Rose to make her first appearance on either “The Flash” or “Supergirl”. According to Rose’s IMDB, it looks like her first appearance will be on “The Flash” on December 9, followed by reprising her role of Batwoman on “Supergirl” a couple days later on December 11. No final word on if she will appear on “Arrow”, “Legends of Tomorrow”, or “Jane the Virgin”. (Hey, if "Riverdale" gets an expanding universe, why can’t “Jane the Virgin be a part of one?)