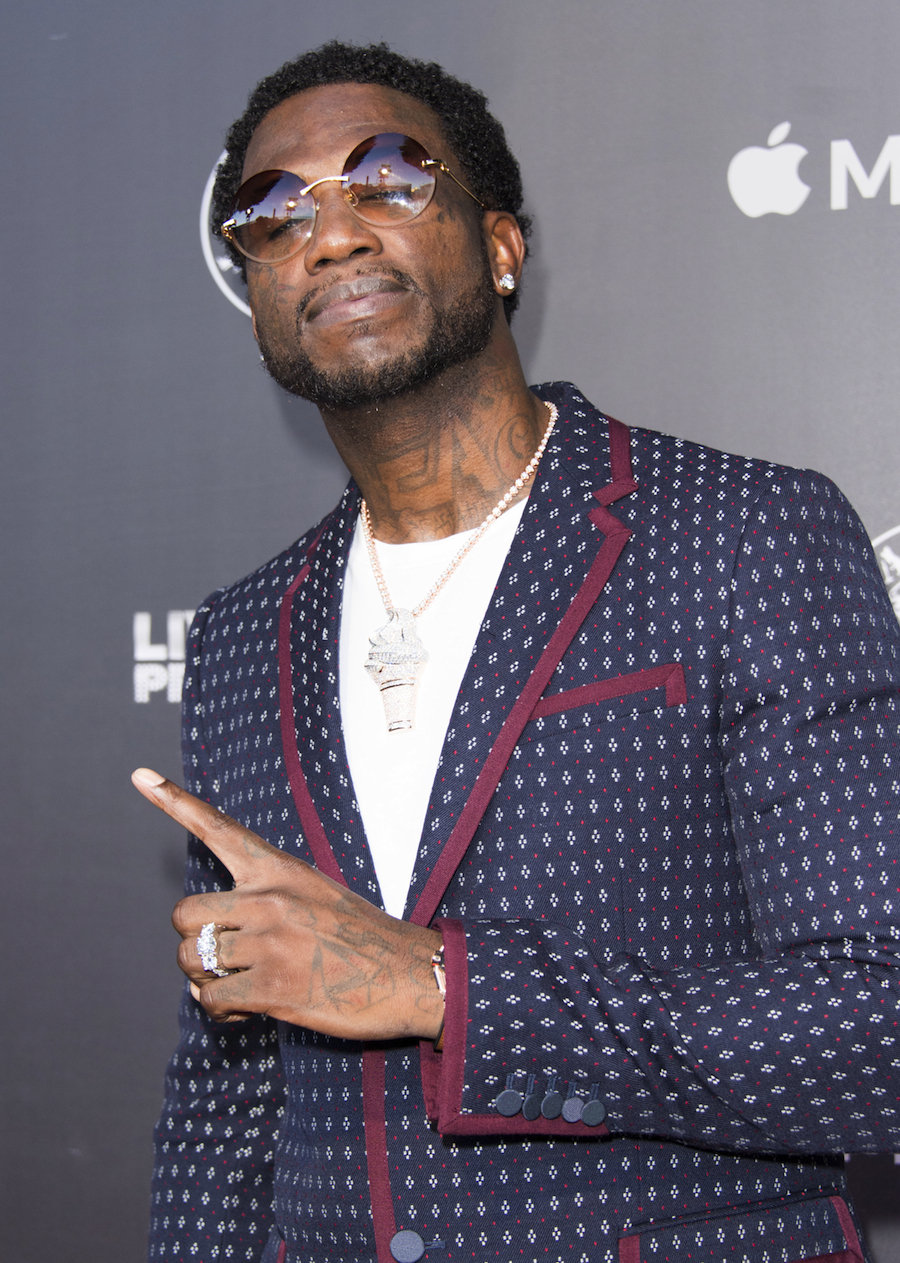 What a week! Just kidding. Not a whole lot happened but there’s still some good stuff you may have missed. So don’t let a mad pooper drop a deuce on your parade! Check out what’s going on!

For years, I’ve been hearing about a live-action Akira movie in the works from Warner Bros. with Leonardo DiCaprio always being involved either through acting, producing, or both. Often time word comes up about this project and then it fizzles out pretty quickly. This week, though, saw the biggest talk I’ve heard in a while as Warner Bros. is reportedly in talks about Akira with Thor: Ragnarock director Taika Waititi with DiCaprio still attached to produce.

For those of you who don’t know, Akira was a seminal anime film in the '80s that has been credited with the genre's uptick in popularity and respect outside of Japan. It’s an overtly violent, futuristic dystopian tale about a street thug whose powerful telekinetic abilities are unlocked after an accident, which he uses to go on a murderous spree around Tokyo. Considering this takes place in Tokyo, one would assume they will hopefully not cast Academy Award winning actor DiCaprio in a main role and instead go for this crazy idea of casting actors that either are from or could be from a place like Tokyo.

There’s more to Akira than that trailer, so if you’re interested, I highly recommend watching it on Hulu right now where it is currently streaming. It has influenced a lot of works outside of anime you probably like, such as “Stranger Things”, Inception, The Matrix, Looper, and pretty much anything you can think of with either a dystopian future or a character who has powers that they can’t control. Fans of the original have been anticipating this for years, but expect plenty of naysayers around the Internet… ya know, because the Internet. But fans have been so dedicated that a group even tried to get their own film made a few years back. Hopefully the trailer makers will be involved in the official Warner Bros. film because check this out:

It should also be mentioned that, at this time, we don’t know if anything that was left out of the anime film from the original manga will be included. Much of it includes themes and subject matter I can’t even mention here because it goes too far a lot of the time.

What would a week be without a new trailer? Well, this week was special as we got a couple of new trailers. One that expounds on an older one and one that’s completely new. Check em out:

I think we all know whether or not we’re gonna see the new Jumanji by now, but this new trailer might actually convert some skeptics who think for some reason the completely different and oddly dramatic original is superior… despite not having even seen this one. I was all in before, but Nick Jonas being in this bothers me…

This Tomb Raider trailer does need some talking about, however. Video game adaptations have a long history of being forgotten to history due to being terrible. It feels like Assassins Creed came out five years ago instead of one (at least I think it’s been one…?) and nobody really knows what the heck is going in Super Mario Bros. Even the lead actors were so depressed during production they got black-out drunk.

The Tomb Raider movie starring Angelina Jolie isn’t very much different. From what I understand, it’s one of the more tolerable video game movies but it’s also all but forgotten at this point in time. Netflix got some video game buzz this year when their “Castlevania” series got a lot of critical acclaim and was heralded as the first good video game adaptation. Things could be different with this Tomb Raider. I mean, they even got that Swedish actress who’s been in a bunch of stuff and gets awards for them. (Her name is Alicia Vikander.)

Sean Penn is one of many high-profile actors making the leap from the big screen to the small as he just signed on to star in the upcoming Hulu space drama called "The First". The show is described as being about everyone involved in the first mission to Mars and interplanetary colonization. It means that we will, of course, see what’s up with the astronauts on the mission but also the people working ground control and their families as well.

Details on Penn’s character are being tightly held under wraps but what’s interesting is that "The First" sees a trend with show creator Beau Willimon bringing in big-name leading men into a streaming service show. The recently-announced president of the WGA is also the creator of Netflix’s American adaptation of “House of Cards” starring Kevin Spacey. The main question is, will this double-dipping in streaming networks get Willimon killed? Just kidding. But not really kidding. Seriously, if he dies we’ll let you know.

Production is beginning this year on "The First" but there is no word on a premiere date outside of 2018.

The Chilling Tales of Sabrina the Teenage Witch

Growing up, “Sarbina the Teenage Witch” was the only kid-friendly sitcom on the market about a witch learning her powers and trying to navigate one of the most traumatizing times of our lives… high school. What I didn’t know until this past year was that it was based on a character from the Archies comic books who had her own comic book series. You may have heard, or could be a fan, of the CW’s Archie series that takes the wholesome characters to a dark place called “Riverdale”.

What’s interesting about “Riverwood” is that a lot of people watching it may not have known that the comic series went through a lot of reinvention with very dark storylines and high-concept alternate universes some time before “Riverdale” aired. As a result, “Sabrina the Teenage Witch” also went through some major reinventing with The Chilling Tales of Sabrina, which is now being adapted for television by the same people behind “Riverdale” to premiere sometime next fall on The CW. The newish comic series is said to show the innocent teenage witch get pushed into the darkness as her father and aunts are like all witches in this universe and worship the Devil. That’s right… they’re all Satanists.

If you remember, the original TV series didn’t even mention Satan let alone depict characters sacrificing a goat to appease the Prince of Darkness. (I have not read this comic yet and have no idea if they actually do this or not. This is what I know some Satanists do from my time living in New Jersey.) What hasn’t changed from the original show is that Sabrina’s mom is mortal and Sabrina does not get to see her. Why she doesn’t get to see her mom in this tale, however, is because Sabrina’s dad magically lobotomized her after she threatened to steal Sabrina away from a life of being raised by magic-wielding agents of the Dark Lord (good plan, Sabrina’s mom).

Not only that, there are arcs surrounding her father being basically the pope for Satan, her whacky Aunts being straight-up insane and also rooting for Satan, and Sabrina using her magic to force a boy to fall in love with her, leading to a reversed, magical version of what happens at nearly every kegger thrown at a Frat house in a state college… and I’ve got to say, I’m actually interested in this comic book and show, but the show better have these intros and snarky talking cat:

Gucci Mane Drops a Book Instead of an Album

Rapper Gucci Mane has been a big part of my musical life for several years now. Every 3-6 months, I can count on Gucci dropping a new album or mixtape. I mean, the guy was even in jail last year and managed to still record music and put it out. It’s been about four months since the Atlanta rapper put out his last mixtape, Drop Top Wop, so he was due for a new release soon. Instead of an album, however, Guwop (his other name) put out his much-anticipated autobiography this past Tuesday.

Gucci went to jail for an extended period of time, and before he left, he was always drunk and/or high on some sort of drugs, very overweight, and in an extremely dark place altogether. But in prison, he lost the weight, changed his diet for the better, started working out, and read… a lot. Gucci has recently said he makes sure he reads a book a week on top of writing rap music and watching his health. The change physically and mentally has been so dramatic that conspiracy theories of him being a clone of the real Gucci Mane circulated for a while. He insists he's a real deal and his music has showed he’s still got the mind for the outrageous lyrics, but being sober has helped push him more to the mainstream. You may or may not have realized, but you’ve heard him on songs a lot since he got out of jail, featuring on tracks by such artists as Drake, Rae Sremmurd, Migos, Fifth Harmony, and Selena Gomez. (I’m waiting for that feature with Taylor Swift.)

I’ve been personally very excited about this autobiography. I mean, it’s simply called The Autobiography of Gucci Mane; I can’t ask for anything more. Gucci isn’t done either with good things happening. He’s getting married soon, his probation is ending two years early, and he has a new studio album titled Mr. Davis coming out October 13. Here’s one of the singles off the new album: