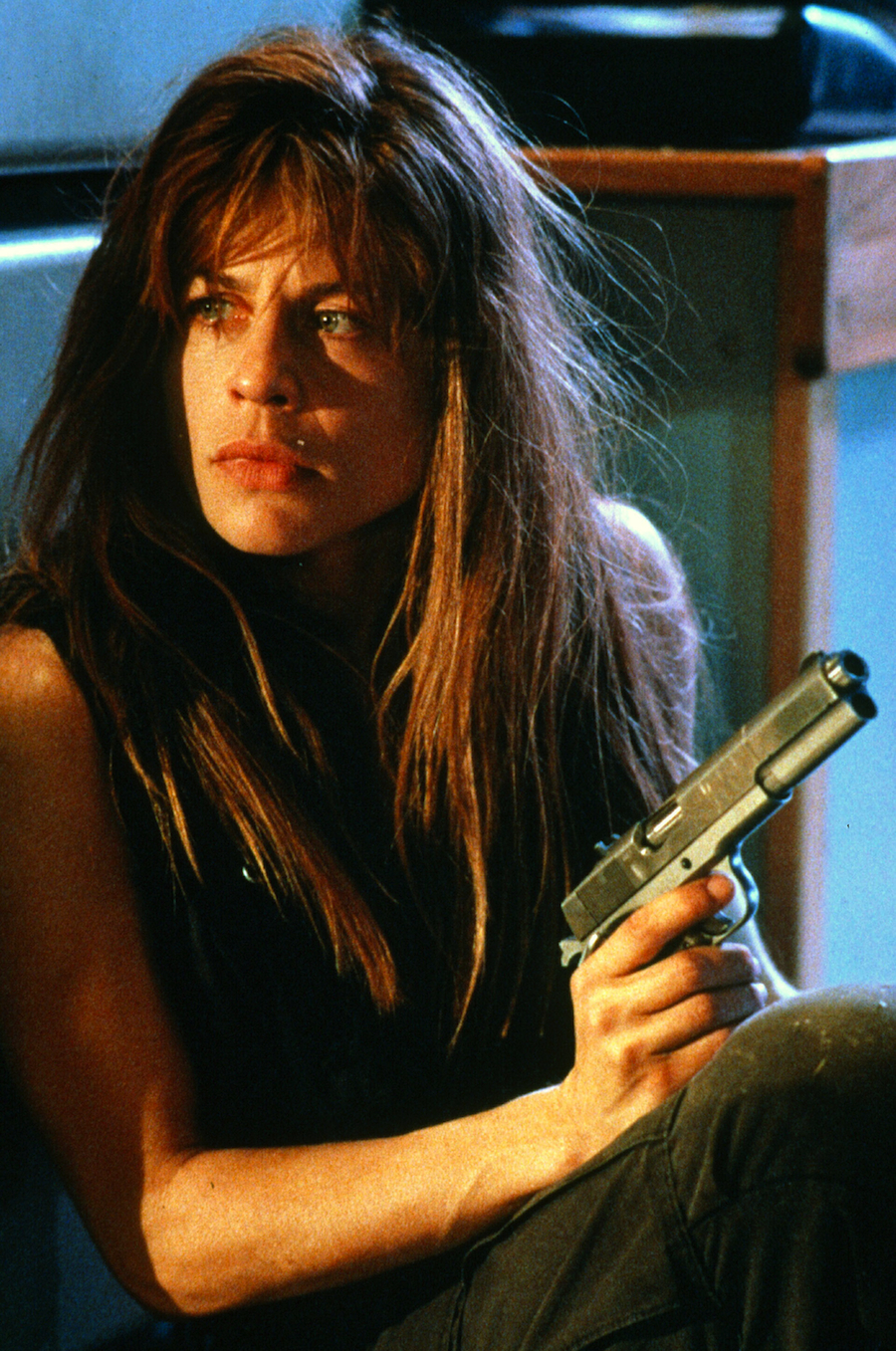 It’s hard not to argue but there are still some old franchises that either haven’t lived up to their hype or still have dedicated fans who would love to see more. Two franchises that were once supported by a young female character who was in direct opposition with a hulking, overly powerful male stalker have recently hit news again this week: Terminator and Halloween. These franchises can’t make money, though. The young heroines ingrained in the originals have grown to become Hollywood’s most dreaded nightmare: the box office poison known as Middle-Aged Women.

To set it up, Terminator is a franchise that always bothered me because the first movie lays out the whole series, then the second continues that, the third (albeit 15 years too late) sets up what we’re all waiting for -- an underrated TV show that fills in the blanks between 2 and 3, and then the 4th (20 years too late) goes too far into the future and only dips its toes into what’s happening. It’s such a frustrating franchise that could’ve been more. We also can’t forget how they tried to deviate from the main story completely with the recent addition of an alternate timeline in the critical failure Terminator: Genesys. Apparently James Cameron wasn’t happy with that last one either and saw the opportunity to finish what he started, which is why he is bringing in original actress Linda Hamilton, who played the series main character Sarah Conner, and people are freaking out.

Sarah Conner literally gives birth to future Jesus and instead of raising him to make things out of wood, Conner goes on the run fighting off future robot monsters with bad speech impediments (it’s really an Austrian accent but close enough) and others who don’t say much but can morph their bodies and other cool stuff! She was a total [email protected]$$, and today, with Wonder Woman taking up conversations on seeing female superheroes on screen, Hamilton as Sarah Conner really was the first female superhero. She didn’t have powers but she took out robots on a whole different playing field of strength from her own when compared to Wonder Woman fighting a relative with the same set of skills and the less scary Germans… the pre-Nazi Germans.

On the other hand, you have the slasher flick franchise Halloween that has spawned six sequels, a polarizing two-part remake series by Rob Zombie, and one failed spinoff film by original writer/director John Carpenter. Every Halloween season for me is filled with watching most of these movies. They’re a lot of fun, and a couple years back, it was said that comedian Danny McBride of all people obtained the rights to the series and was looking to make something new with friend David Gordon Green.

Not only is this actually confirmed to be happening, but Carpenter is on to produce and OG final girl Jamie Lee Curtis is reprising her role of Lauire Strode for this… um… reboot? Sequel? No word on exactly what this new Halloween film is, but in a tweet Curtis dropped the news that, despite her character being killed off in the underrated 2002 addition Halloween: Resurrection, she will be back for this new film due out on October 19, 2018.

The fan reaction alone from Curtis and Hamilton coming back to these franchises will prove that it don’t matter what age anybody is, people will watch what they like.