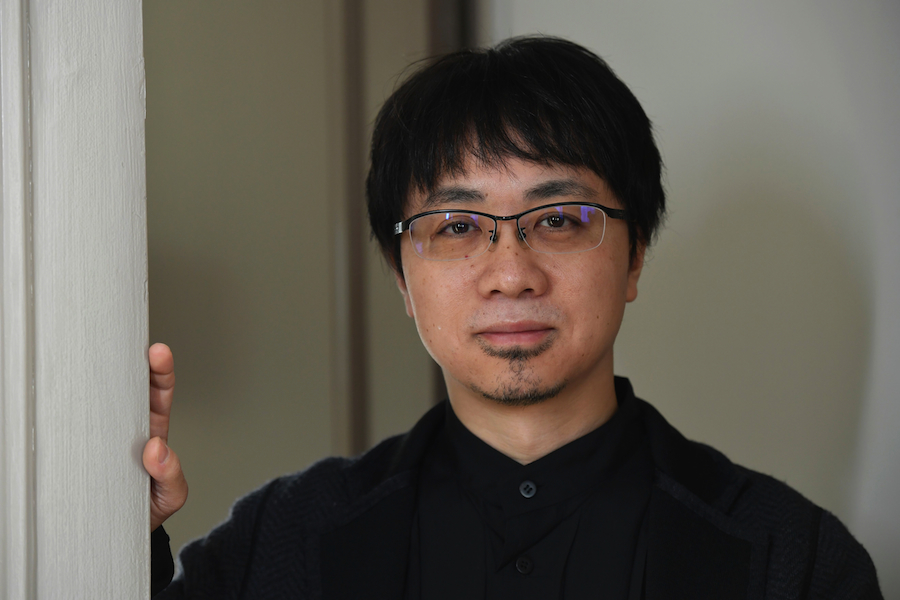 2016 saw the release of one of the greatest contemporary anime films, Your Name., and the mastermind behind that gorgeous film, Makoto Shinkai, announced at a press conference in Tokyo that his next film will be releasing this year. The film, translated as Weathering with You, will follow a boy, Hodaka (Daigo Kotaro), who takes a job working at a suspicious magazine company, while also meeting a girl (Nana Morishima) who possesses the power to control the weather.

Shinkai posted an image of his computer and pen tablet teasing the production of the film, which is slated to release in Japan in July.

Your Name., Shinkai’s previous venture, was a masterpiece combining a mind-bending narrative with fun characters that wore its heart on its sleeve. It became the second-most profitable film ever in Japan, coming behind Hayao Miyazaki’s magnum opus Spirited Away, though Your Name. does hold the distinct honor of being the highest-grossing anime and Japanese film in terms of worldwide box office. Its success is, of course, inspiring an American remake to be produced by J.J. Abrams and written by Eric Heisserer (Arrival). And perhaps most importantly, it has one of the best soundtracks of all time.

Many fans and critics have compared Shinkai to Miyazaki, even going so far as to claim Shinkai will take up the mantle of being Japan’s strongest cinematic voice. While the quality of the two filmmakers’ movies are certainly comparable, Shinkai’s filmography is one of the most diverse you will find throughout the genre of animation. His movies always feature outstanding music, dazzling animation, heartfelt storylines, and unforgettable characters.

While Your Name. was distinguished by its pop-tastic soundtrack, Shinkai has dabbled with quieter films, such as the softly tragic 5 Centimeters Per Second (2017), which adopts an anthological approach depicting how two people can grow so close to each other but drift apart due to the inevitable flow of life. The Garden of Words (2013) also examines the often unspoken sadness of life, as a wayward student and struggling teacher find solace in each other’s company on rainy days. It’s a touching story about how two lost people can set each other on their destined paths.

Shinkai has also mastered the art of the animated short, crafting such films as the hilarious look into an annoyed cat’s life in "Neko no Shukai" (2007), a touching portrait of a daughter missing her father after moving out in "Someone’s Gaze" (2013), and the charming "Cross Road" (2014), where two hard-working students find each other after taking their university entrance exams.

Perhaps Shinkai’s most ambitious (and most Miyazaki-like) film is Children Who Chase Lost Voices (2011). Shinkai has a couple of sci-fi films under his belt, and Your Name. certainly had some fantastical elements to it, but Lost Voices still stands as Shinkai’s only full-blown fantasy film. It’s a truly epic movie, with a narrative that evokes the ethos of Greek myths, whose climax stands as some sort of long-lost cousin to Fullmetal Alchemist.

2019 is already slated to be a huge year for animation, as audiences will get to see the final How to Train Your Dragon film, The Lego Movie 2, Frozen 2, and Toy Story 4. While Weathering with You is set to release in July, it doesn’t have an international release date yet. Regardless, if you’re a fan of good cinema, this film should definitely be on your radar!