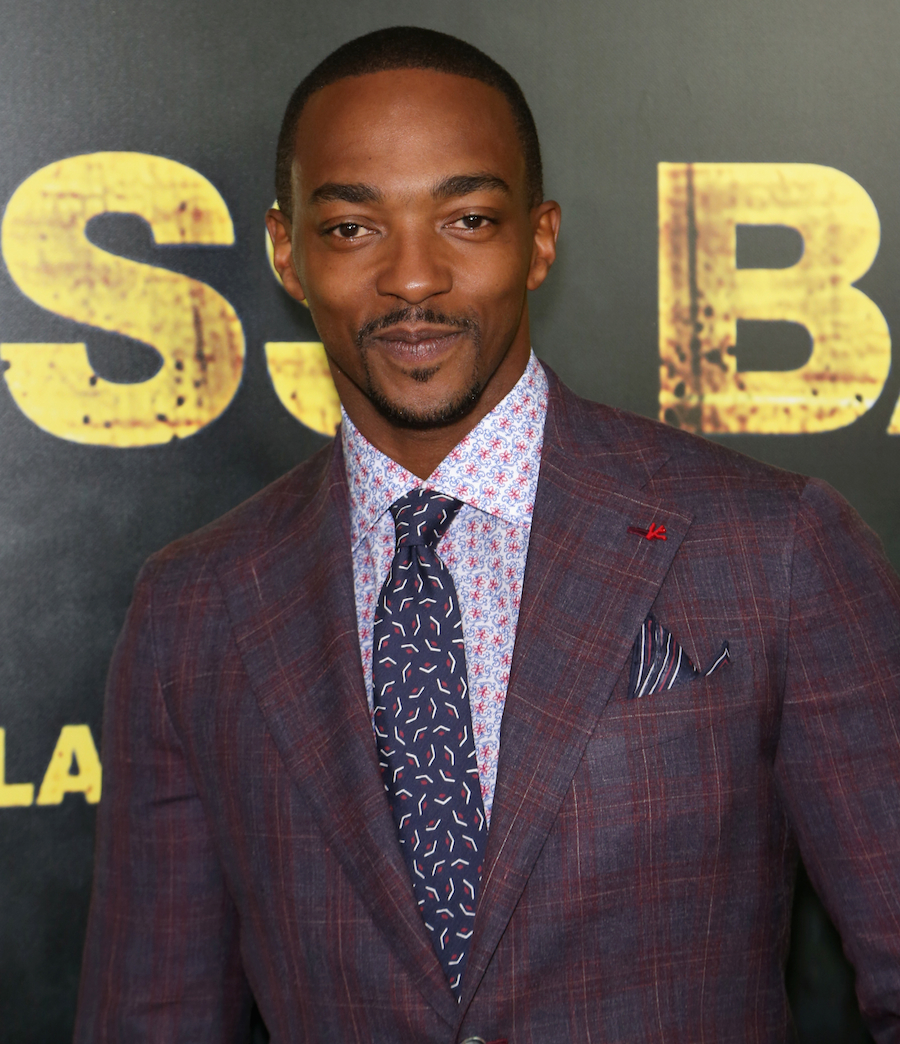 The golden age of television continues its reign as the silver screen drafts another big movie actor to join the streaming revolution. Avengers: Infinity War star and MCU veteran Anthony Mackie will be joining the trend of several high-evel actors in the game today making the move to the scripted series. This move is not only a surprise, but a very intriguing concept considering what program will feature the talented actor's debut on the small screen. Mackie will takeover the sophomore season of Netflix’s sci-fi drama "Altered Carbon" as its lead.

For those of you familiar with the cyberpunk detective story, you’ll remember that actor Joel Kinnaman was the big name attached to the first season of "Altered Carbon". Kinnaman played a soldier in a world where mortality is a thing of the past, for a price. Some fans who assumed Kinnaman would return to the show were disappointed to hear that he has a commitment over at Amazon for a new series called "Hanna". But those curious as to how Mackie will be able to play the same character as his predecessor, have no fear because the show's unique storyline is set up very nicely to overcome this obstacle and give the series a fresh new look.

The story is very ambitious and pushes the boundaries of the science-fiction genre. The futuristic odyssey involves immortality, artificial intelligence, flying cars, robotic arms, underground fight clubs, holograms, and a vivid Blade Runner-esque aesthetic that is simply breathtaking. It is set in a future where technology has advanced to the point where everyone’s consciousness is digitized and stored. I know that is a lot to take in, and I guess the best way to understand what Anthony Mackie will be getting himself into is to watch the first season’s trailer.

The body-swapping series revolves heavily around the concept of consciousness being uploaded into a device called a “stack” and then inserted into a new “sleeve” or body. This is how people are able to cheat death and switch bodies. At the end of Season 1, Kovacs surrenders his Kinnaman sleeve to its original owner as the character has had a few different sleeves throughout his life. The new identity Takeshi assumes was left a mystery to fans up until now. Kovacs will be getting himself a brand new Anthony Mackie sleeve for the follow-up season!

This will definitely be the most complex role that Mackie has ever taken on and possibly the biggest test for his career. Many big name actors have started to make the transition from film to TV and many have been very successful in doing so. Nicole Kidman killed it in HBO’s "Big Little Lies", Amy Adams is amazing in the new addictive drama "Sharp Objects", and even Julia Roberts is coming to Amazon in her highly-anticipated series "Homecoming". This is a solid move for the 39-year-old actor, who, after years of being the sidekick, will finally see himself step into the starring role on a hit Netflix show based on a popular book series. The actor is perhaps best known for his role as Falcon in the Marvel Cinematic Universe. Falcon AKA Sam Coulson is a U.S. veteran pilot who wears a special flight suit with wings that allow him to fly. He is a full-fledged member of the Avengers and has been featured in such MCU films as The Winter Soldier, Ant-Man, Civil War, Avengers Age of Ultron, and the box office juggernaut Avengers: Infinity War.

Mackie will be in good hands when he makes his debut in a world 360 years into the future. Laeta Kalogridis will return as showrunner for "Altered Carbon" and will be joined by genre TV veteran Alison Shapker. No specific details on which of Kovac's "Altered Carbon" storylines the show's writers will have the MCU veteran take on. There are two additional novels in the series, titled Broken Angels and Woken Furies. Each book expands on the universe of "Altered Carbon" while diving deeper into what defines Kovacs as a person.

When asked what a second season would look like here, showrunner Kalogridis told IGN, “I’m pretty sure if we get a second season, it’ll be whatever Richard (Morgan) and I can come up with that we both like,” Kalogridis said. “I don’t think that it’ll be exactly the same as the second book, but I think the themes that the second book explores are things that both of us are fascinated by... It’s very, very interesting to me.”

Strange new worlds, Planetary Colonization, space travel, and ancient aliens are all things on the table that fans are likely to experience when Anthony Mackie becomes Takeshi Kovacs.

Netflix will premiere all ten episodes of "Altered Carbon"’s sophomore season in 2019.