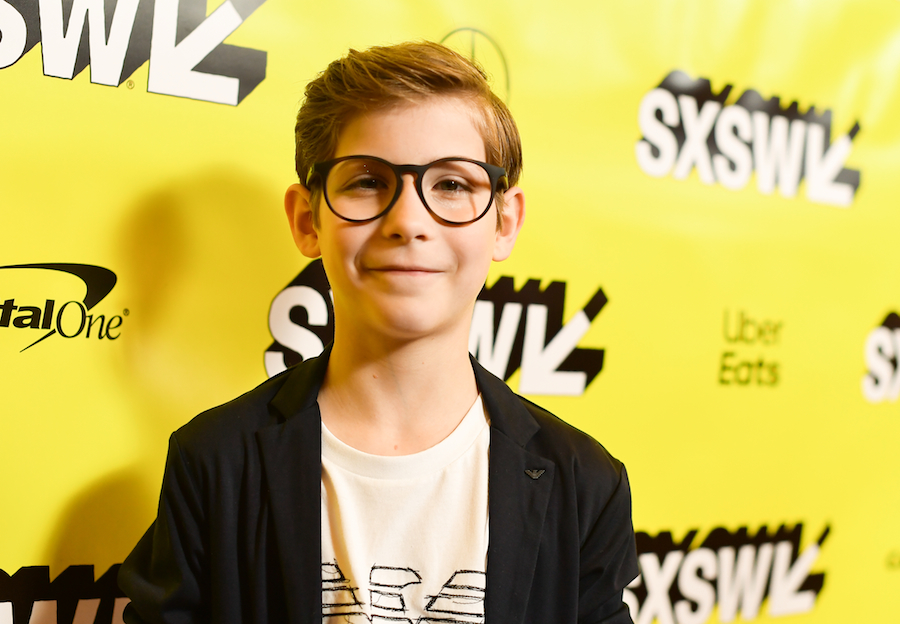 It's funny how, if you went into a time machine 20 years ago and shot forward to today, it'd be surprising how many of the same things are on both television and movie screens. Hollywood’s addiction to nostalgia is more than just the latest trend to take over Tinseltown -- no, this epidemic has crossed over from emergency to extinction-level event, as it seems only an act of God can stop it. But one thing is for sure, the choices they’re making to resurrect from the past are getting stranger and stranger every day. Of all the titles to modernize for today’s audience, a Charlie Chaplin silent film is probably the last anyone would expect. Furthermore, it's hard to imagine anyone contriving a way to turn this timeless classic piece of cinematic history into an animated science-fiction feature film starring The Predator and Room actor Jacob Tremblay. Despite even the most justifiable of doubts on this one, this crazy notion is almost certainly becoming a reality, because The Kid: An Animated Adventure is officially happening in the very universe you occupy. Crazy right?

Now I know what you’re probably thinking: what the heck is The Kid by Charlie Chaplin? This act of bewilderment is totally fair, considering this motion picture with no spoken dialogue is almost 100 years old. In 1921, Chaplin’s made his first full-length film as a director. It was about a young baby who ends up getting abandoned by his mother. But low and behold, Chaplin’s famous character The Tramp finds him and decides to raise the little guy. But then the mother, whom at this point has become famous, has a change of heart and wants her son back. However, some time has passed, and The Kid and The Tramp are running small cons to survive.

This new version is set in a futuristic New York City. In the story, the famous Metropolis has been flooded and split vertically into two distinct regions. Tremblay will be playing a character that has been described as a young boy who lives with his mother in a place called Uptown, a reportedly boring, artless place of overprotective safety. When in the mysterious and dangerous area, referred to as Downtown, Jacob’s character encounters a robot named Chaplin who happens to have a human soul. Together, the two embark on adventures to discover the hidden mystery behind Chaplin, while pursued by police, the Kid’s mother, and a colorful cast of modern circus performers. Director Christian Volckman, who is notoriously known for his 2006 animated sci-fi feature film starring Daniel Craig called Renaissance, will helm this ambitious endeavor.

Volckman’s first feature animation attempt from FilmNation won Best Picture at the Annecy International Film Festival and has been revered by some as a revolution in feature film animation. So this definitely bodes well for the final product, especially with who else is writing this unique take on the Chaplin favorite. Volckman is writing the remake’s script along with Rise of the Planet of the Apes screenwriter Rupert Wyatt and Messiah author Boris Starling. It is also important to note, and could very well speak to the chances of success for this bold re-do attempt, that this project is being developed with the support of the Chaplin Estate. It would seem all the pieces necessary to quite possibly change the game when it comes to how the industry thinks about its retelling protocols are in place and ready to shine. Fingers crossed this silent film remake receives a standing ovation when the credits roll and not be drowned in disappointing silence when it's all over.