ICYMI: Hulu Gets Into The George R.R. Martin Game By Developing His 'Wild Cards' Books For Series! 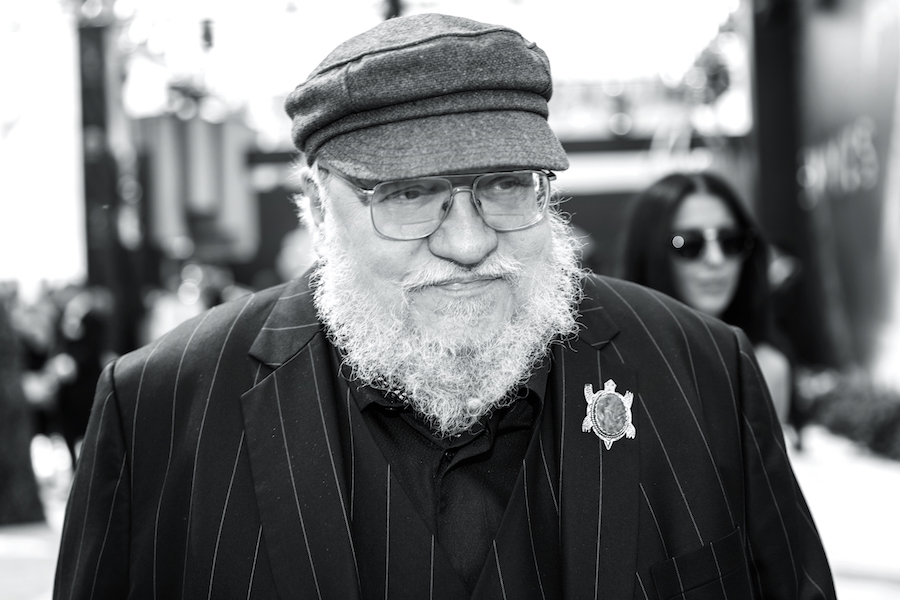 A lot of us can safely say that author George R.R. Martin has at times either touched our hearts with some epic characters and has also traumatized us for life by violently killing them. And now that "Game of Thrones" is coming to an end, everyone and their mother is trying to get a piece of the greatness that is Martin’s writing. Thankfully, his A Song of Ice & Fire series isn't the only book series the author is known for. Premium Cable has been the sole bearer of the stories from Martin, and now one of the streaming giants is getting in on all the action. Hulu has just gotten into the GRRM game and binge-watchers everywhere, including yours truly, could not be more excited.

Hulu is a great service that offers so much to its viewers. With game-changing shows like "The Handmaid's Tale", "Harlots", and "Castle Rock", it is definitely proven to be a worthy adversary for both Netflix and Amazon. Now they look to become more than the third wheel in this streaming love triangle that audiences everywhere are entangled in. Hulu has landed a solid player in its conquest of content superiority. Martin's Wild Card series will be adapted into 2 shows, kicking off a shared TV universe which is all the rage these days.

Martin came up with the idea for Wild Cards from his experience as a gamemaster in the roleplaying game called “Superworld”. The books were first brought to readers back in 1987. In that time, the series has had over 40 authors contribute stories and over two dozen books in the series have been published. The most recent entries in the series are called Texas Hold ‘Em andLow Chicago, which were released earlier this year. With so many stories to choose from, it could even be on the same scale as GOT. So for those looking to fill the void left by "Game of Thrones", there are plenty of things on the way, including this newWild Cards universe.

Meanwhile, at least one GOT prequel series is on the way, with as many as 5 total currently in development. But the prequels to GOT aren't the only other Martin works on the horizon -- a series based on Martin’sNightflyers novel is also set to hit audiences in December on SyFy. This terrifying space thriller will be Martin’s first non-"Game of Thrones" release. followed by "Wild Cards" on Hulu in the near future.

One thing is for sure, If you are an avid reader of Martin’s or a huge "Game of Thrones" fans, I think it's safe to bet big on these "Wild Cards"!