ICYMI: Highlights From The 2019 Grammy Nominations! 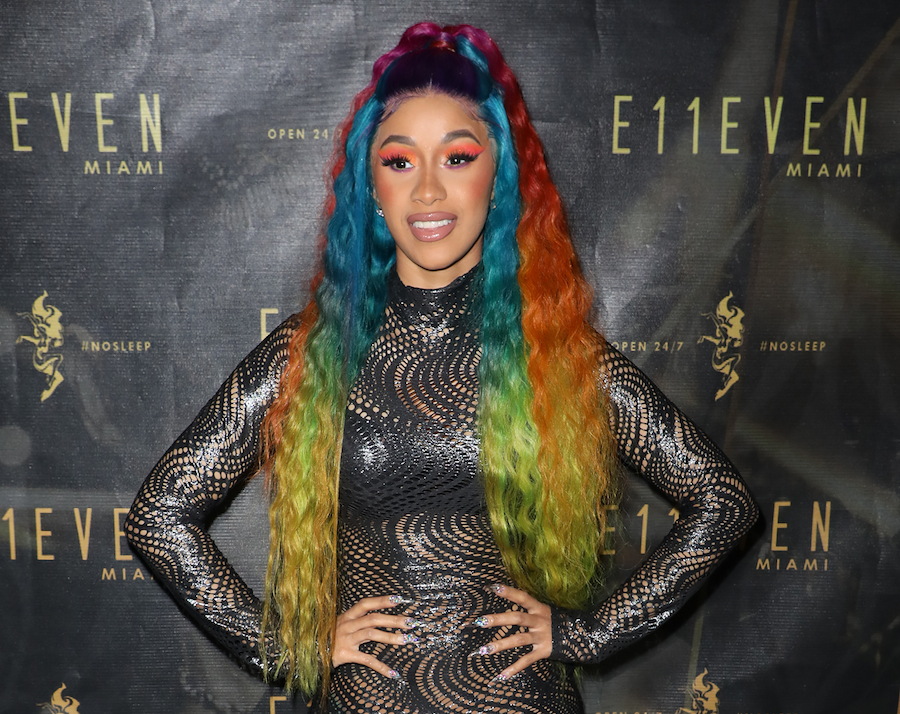 Well, it’s about that time of year again. Awards Season is in FULL swing. With the Golden Globe nominations announced this week, and with Oscars nominations coming soon, it was time to also get the nominations for the 61st annual Grammy Awards. Now, we’re not gonna break down EVERY nomination (there’s 84 categories!), so let’s talk about some major highlights!
Record of the Year
"I LIKE IT" - Cardi B, Bad Bunny, & J Balvin
"THE JOKE" - Brandi Carlile
"THIS IS AMERICA" - Childish Gambino
"GOD'S PLAN" - Drake
"SHALLOW" - Lady Gaga & Bradley Cooper
"ALL THE STARS" - Kendrick Lamar & SZA
"ROCKSTAR" - Post Malone featuring 21 Savage
"THE MIDDLE" - Zedd, Maren Morris & Grey
Thoughts: Because Cardi B dominated charts this year, I have a feeling she’ll take home this award. Though I’d love to see “All The Stars” or “This is America” take this one, I have a feeling it’ll be Cardi. Makes sense, she totally deserves it, this has been her year!
Album of the Year
INVASION OF PRIVACY - Cardi B
BY THE WAY, I FORGIVE YOU - Brandi Carlile
SCORPION - Drake
H.E.R. - H.E.R.
BEERBONGS & BENTLEYS - Post Malone
DIRTY COMPUTER - Janelle Monáe
GOLDEN HOUR - Kacey Musgraves
BLACK PANTHER: THE ALBUM, MUSIC FROM AND INSPIRED BY - Various Artists
Thoughts: I NEED the Black Panther album to win. That thing was CHOCK FULL of amazing songs, I was truly blown away listening for the first time. Plus, so many amazing artists are featured on it, so it’s kind of like ~everyone~ wins. And, since it’ll totally dominate every other award show this year, why not take home a Grammy too?
Song of the Year
"ALL THE STARS" - Kendrick Lamar & SZA
"BOO'D UP" - Ella Mai
"GOD'S PLAN" - Drake
"IN MY BLOOD" - Shawn Mendes
"THE JOKE" - Brandi Carlile
"THE MIDDLE" - Zedd, Maren Morris & Grey
"SHALLOW" - Lady Gaga & Bradley Cooper
"THIS IS AMERICA" - Childish Gambino
Thoughts: Lots of good songs nominated in this category. This is so tough! I love “In My Blood” by Shawn Mendes because I think 2018 was the year that people (especially celebrities) really started to open up about mental illness to break apart the stigma that surrounds it. So, I’d love to see Shawn take this one home. (Plus, the video he posted when he found out he was nominated was TOO CUTE). While I’d love Shawn to win, the three frontrunners I have in my head are: “The Middle” (song of the summer, duh), “All The Stars” (just so good), and “Shallow” (because I hear at least one person humming it daily).
Best Pop Solo Performance
"COLORS" - Beck
"HAVANA (LIVE)" - Camila Cabello
"GOD IS A WOMAN" - Ariana Grande
"JOANNE (WHERE DO YOU THINK YOU'RE GOIN'?)" - Lady Gaga
"BETTER NOW" - Post Malone
Thoughts: “God is a Woman” BETTER take this one home. Did y’all SEE that performance from the VMAs? Iconic. No further questions.
Best Pop Duo/Group Performance
"FALL IN LINE" - Christina Aguilera featuring Demi Lovato
"DON'T GO BREAKING MY HEART" - Backstreet Boys
"'S WONDERFUL" - Tony Bennett & Diana Krall
"SHALLOW" - Lady Gaga & Bradley Cooper
"GIRLS LIKE YOU" - Maroon 5 featuring Cardi B
"SAY SOMETHING" - Justin Timberlake featuring Chris Stapleton
"THE MIDDLE" - Zedd, Maren Morris & Grey
Thoughts: I LOVE that the Backstreet Boys are nominated! It feels like the good ole days. And “Don’t Go Breaking My Heart” is a BOP so this nomination is well deserved. Additionally, SO happy Christina and Demi are nominated! The song is truly an amazing collaboration, worthy of a nomination and a win! They are the winners in my book, but I can see pretty much any of these nominees taking home the award. This is some tough competition!
Best Pop Vocal Album
CAMILA - Camila Cabello
MEANING OF LIFE - Kelly Clarkson
SWEETENER - Ariana Grande
SHAWN MENDES - Shawn Mendes
BEAUTIFUL TRAUMA - P!nk
REPUTATION - Taylor Swift
Thoughts: First of all, the fact that Taylor Swift only has one nomination this year is a TRAGEDY. Did you guys even LISTEN to this album? It’s amazing and Taylors comeback was TRULY a whole moment in pop culture. But, at least she was nominated in this category, alongside so many of her friends and artists that also had amazing pop albums this year! I personally will probably root for Shawn Mendes (the album was SO good), but in my heart I root for everyone, because anyone could really take it; they’re all deserving as HECK.
Best Music Video
"APES**T" - The Carters
"THIS IS AMERICA" - Childish Gambino
"I'M NOT RACIST" - Joyner Lucas
"PYNK" - Janelle Monáe
"MUMBO JUMBO" - Tierra Whack
Thoughts: I would LOVE to see “This is America” or “I’m Not Racist” take this one. If you’ve seen the videos (which, if you haven’t… what are you doing?), you’ll understand what I mean. Both were really powerful and I’m happy they’re getting the attention they deserve! Truly, all the videos nominated are very deserving. “PYNK”, “MUMBO JUMBO”, and “APES**T” were all STUNNING visually, so this is recognition well deserved. Guess we’ll have to wait and see who wins!
What are your thoughts? Is there anyone you thought got snubbed? Who would you like to see win some of these categories?
You can read the full list of all categories and nominees here.
The 61st annual Grammy Awards will air Sunday, February 10, 2019.
(Image via Alexander Tamargo/Getty Images)
- Brooke Sharland, YH Contributing Writer