ICYMI: Hailee Steinfeld’s New Show "Dickinson" for Apple TV+ Is Going To Be a Must-See! 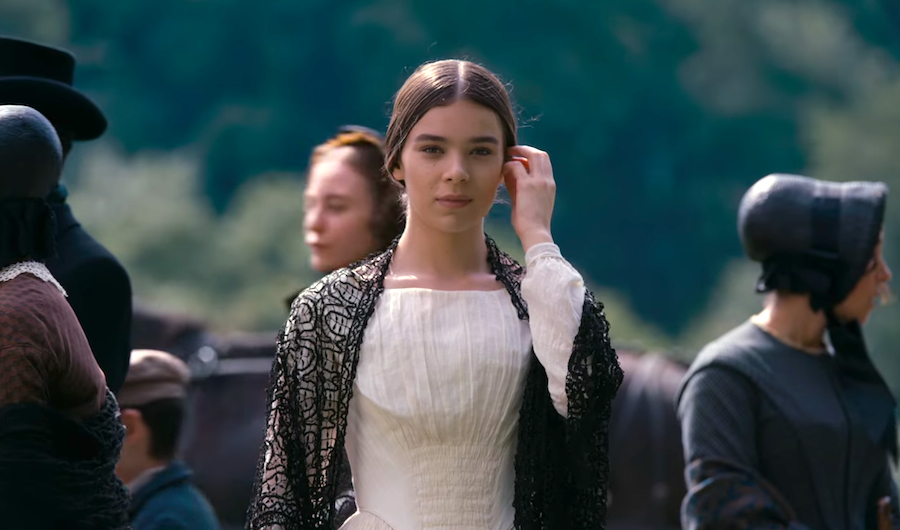 Apple TV+  is preparing for a huge launch, and one of its biggest titles has a premise we’ve pretty much never seen before. Please allow me to introduce you to "Dickinson".

StarringHailee Steinfeld, who we know and love from movies like Pitch Perfect,Bumblebee, and Edge of Seventeen, "Dickinson" is a modern take on the life of famous poet Emily Dickinson. But this isn’t just any period piece. No,Dickinson is an entrancing mix of comedy, coming-of-age, and 19th century drama. Don’t tell me you’re not intrigued.

Steinfeld plays Emily, a young woman who is rebelling against the constraints of society, family, and gender in an effort to realize her dreams and have her voice heard. The half-hour comedy will explore a completely new side of the poet, who was once thought to be a shy recluse, and instead takes us into the world of a free-spirited, defiant girl who is taking life into her own hands. The trailer is truly unlike any other we’ve seen and even includes a cameo from Death himself, played by Wiz Khalifa. Of course, we all know that one of Dickinson’s most famous poems begins “Because I could not stop for Death – He kindly stopped for me,” so they are quite literally bringing her poetry to life.

Jane Krakowski ("Unbreakable Kimmy Schmidt") and Ella Hunt (Anna and the Apocalypse) will appear alongside Steinfeld, as well as comedian John Mulaney and "Girls" star Zosia Mamet, who will appear as fellow iconic writers Henry David Thoreau and Lousia May Alcott, respectively. Steinfeld has also written original music for the show, and Billie Eilish is credited the soundtrack too, so you know it’s going to be hype!

"Dickinson" premieres November 1 as one of the first shows for Apple’s new streaming service Apple TV+! Who will you be watching with?!