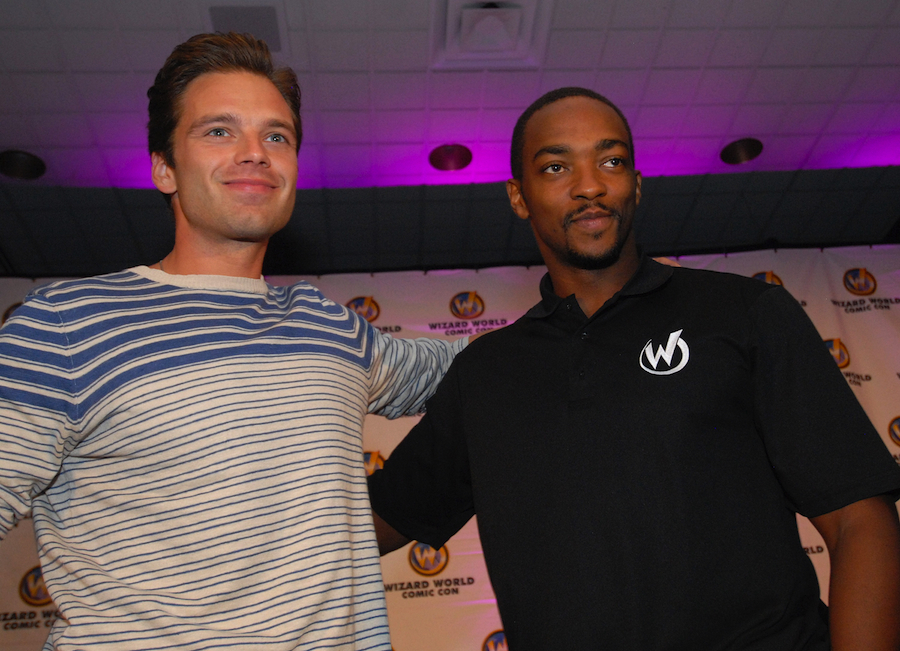 Back in September, we learned that certain Marvel characters that don’t have standalone films, such as Scarlet Witch and Loki, would be getting their own series on the new Disney streaming service. Now, it looks like even more heroes are getting their own spotlight series!

It’s been reported that Falcon (played by Anthony Mackie) and the Winter Soldier (played by Sebastian Stan) will get their own series on the all new streaming platform. Writer Malcolm Spellman is set to write a series featuring these two heroes. Of all the proposed hero series, this is the first to lock down a writer. Spellman was previously a writer and co-executive producer on the famous series “Empire” that ran on Fox. The series is anticipated to be about 6 to 8 episodes.

These series on the streaming platform will be different from some other Marvel series you’ve seen in the past. They will be developed and produced directly by Marvel Studios and Kevin Feige, who has been the president of Marvel since 2007 and highly involved in many of the MCU projects. These shows are also anticipated to have large, movie-scale budgets compared to other TV shows.

So, my question is… what will this series be about? If you’re an MCU fan, you’ll remember that these 2 heroes aren’t exactly the best of friends. The Winter Soldier, aka Bucky Barnes, is Captain America's (aka Steve Rogers) best and longest friend. But, in Captain America: The Winter Soldier, Cap meets former USAF pararescueman Sam Wilson (Falcon), and they quickly become best buddies. When Bucky comes back, he and Sam don’t really get along well. Will this series maybe involve them getting to know each other better, teaming up to kick butt and becoming friends?

When do we think these series will take place? After the events of Infinity War? Maybe after Avengers 4? Perhaps before any of that? It’s hard to say, but there’s no doubt that I am SUPER stoked to see some of our underrated Marvel faves get a special spotlight.