ICYMI: "Arrested Development" Is Back! 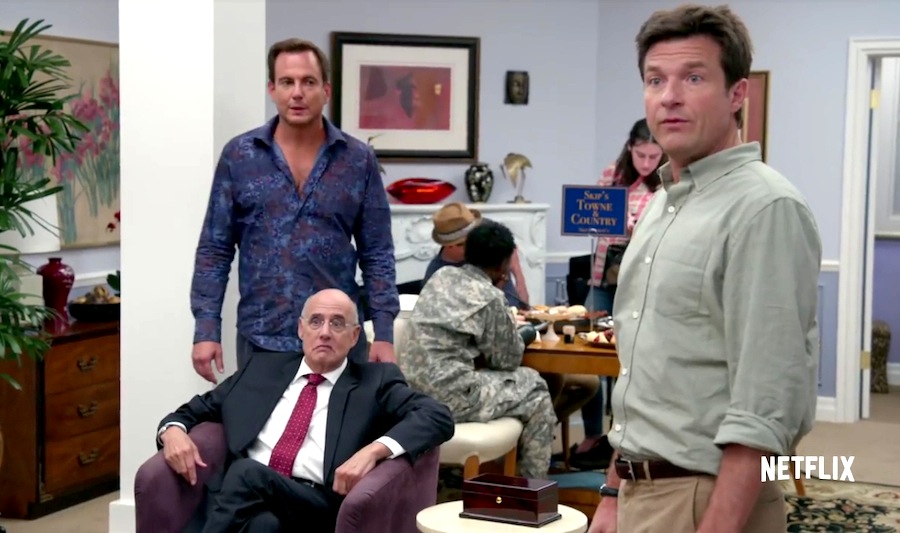 The Bluth family is finally back together! Just days after dropping a recut version of "Arrested Development"’s fourth season, Netflix announced that they will be releasing the fifth season in just a few weeks' time.

The first trailer calls back to some of our favorite moments from the original series – a loose seal, Tobias blueing himself, George Michael’s muscle suit – and that’s just the beginning. This look at the new season makes it evident that the creative team at Netflix is working hard to compensate for Season 4, which left many fans unhappy with its new style that focused on just one of the characters per episode. It looks like Season 5 will get back to "Arrested Development"’s original roots, but whether it will work is still yet to be determined.

This new season also comes amid a series of scandals for some of the show's stars. Jeffrey Tambour was fired from the acclaimed Amazon show "Transparent" after allegations of sexual misconduct were reported. Netflix hasn’t spoken on the allegations, but Tambour is confirmed to be starring in "Arrested Development"’s fifth season. On top of all of that, the newly remastered fourth season is also stirring up drama with the cast. When they rereleased a new version of Season 4, they also increased the number of episodes from 15 to 22, in a promise to make it feel more similar to the original series. The Hollywood Reporter broke news that much of the main cast, including Jason Bateman, Will Arnett, Michael Cera, and David Cross are asking for additional compensation to match their increased air time.

Clearly, tensions are running high outside of the show, which leaves a lot riding on the success of this fifth season. Will Netflix be able to pull off a new season as good as the first 3, or has the ship sailed on "Arrested Development"? We won’t have to wait long to find out, as Season 5 drops on May 29, and until then you can watch the Season 4 “remix” streaming now Netflix.