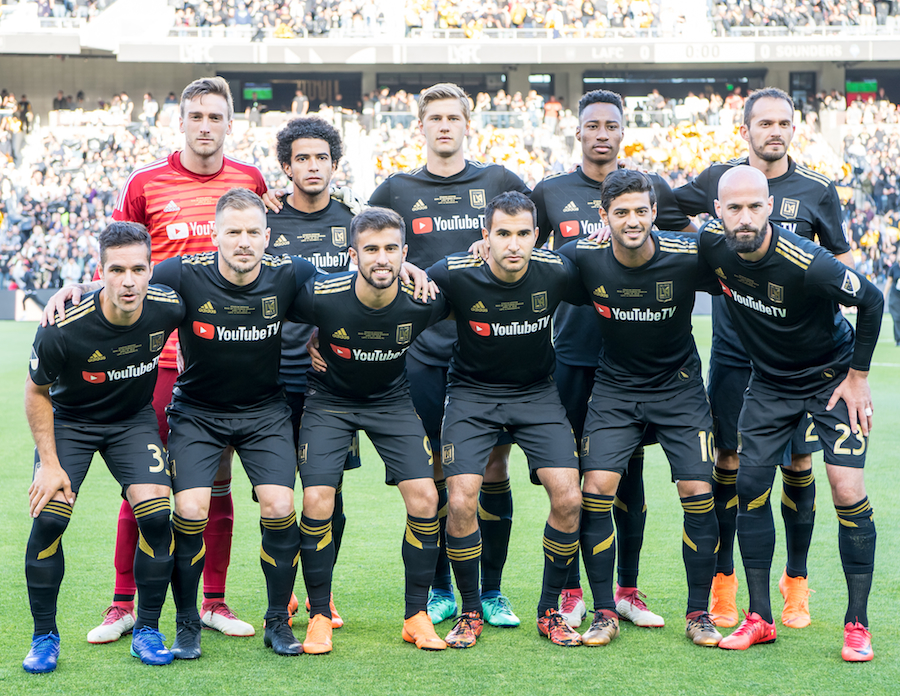 LAFC, or Los Angeles Football Club, played their first home game recently and won. If you’re a soccer fan, but not really into the L.A. Galaxy, this new team could be the team you’ve been waiting to root for.

If you haven’t been following LAFC’s creation, here’s the origin story. When the Chivas USA team got disbanded, LAFC was formed to take its place. What makes LAFC stand out is its commitment to the people of Los Angeles. The team’s colors (gold and black) and logo (an Art Deco wing) were chosen with fans’ votes. The location of the stadium makes it easy to get to on public transport and puts the team right in the middle of the city. Their games can be streamed on YouTube TV—the only soccer team with streamable content! LAFC has already made headlines for trying to stop offensive chants at their games. The fans listened to LAFC’s request, at least for now -- a sign that fans and team leaders have a healthy relationship. They are also dedicated to recruiting locals, with their soccer school that funnels straight into their team once players are old enough.

If you’re more into birds than soccer games, you’re still in luck! LAFC has four real-life falcons who will be at every game. If you missed their first game, a win against the Seattle Sounders, you have lots more chances to either go to a game or stream it straight from wherever you are. With a rivalry with the L.A. Galaxy, nicknamed "El Tráfico" (like "El Clasico" but, you guessed it, inspired by L.A.’s infamous traffic), LAFC is coming for Galaxy fans, trying to win them over with fresh players and modern approach to soccer. Whether you’re from L.A. or just need a new soccer team to root for, LAFC is an exciting choice. Plus, you can have the cred of saying you were a fan since (pretty much) day one.