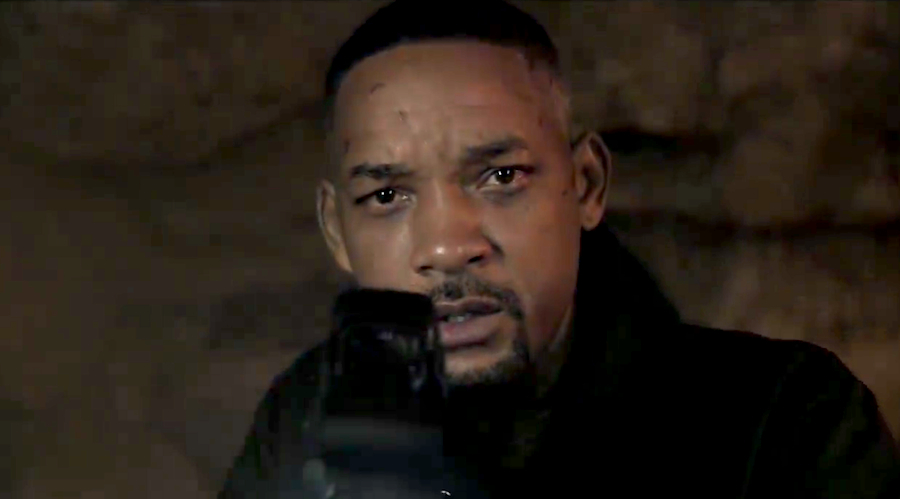 Great actors come and go, but some are arguably too big to fail. This goes double for Will Smith. While he has had some questionable roles in the past, overall Smith is a powerhouse in the acting game. Ever since Independence Day, he has been considered one of the game’s biggest action stars and very rightfully so. And now, something significant is happening in the world of cinema. Not only is Will Smith returning to the sci-fi/action genre that made him a household name, but he will be doing it Double Mint Gum-style. That’s right, Academy Award-winning director Ang Lee’s Gemini Man will hit theaters later this year offering moviegoers a double dose of the Fresh Prince.

I think everyone can agree that one Will Smith in a movie is truly a great thing, but two Will Smiths in a movie? Now you’re just outright spoiling us. And let's be real, we love present-day Smith, but there is no replacing young Smith. I mean, that guy is a real game-changer. And now, the de-aging effects similarly seen in Ant-Man, Guardians of the Galaxy Vol. 2, and Captain Marvel will be used to make his double become a youthful clone of himself. In the film, Smith plays an aging assassin named Henry who is suddenly confronted with his younger clone, who is trying to kill him and becomes a formidable opponent when it is realized he knows his target’s every move. In addition to two Fresh Princes, this science-fiction motion picture also features the incredible talents of Clive Owens, Benedict Wong, and Mary Elizabeth Winstead.

Who will save you from yourself? Check out the official poster for #GeminiMan in theatres 10.11.19. pic.twitter.com/jDAUwKrRGW

We shouldn’t get ahead of ourselves, but Gemini Man could be the match that reignites Smith’s career. He's already poised to have a great year with playing the Genie in the highly-anticipated live-action Aladdin film. The Fresh Prince is also returning to one of his infamous franchises. Miami P.D.'s Detective Mike Lowrey will make his triumphant return in a third Bad Boys film, in which Smith will star opposite Martin Lawrence. And, because reports indicate Idris Elba will not be playing Deadshot in the Suicide Squad sequel after all, it’s entirely possible for Smith to return to the DCEU. The future looks bright for Smith, and there is no question he is doubling down on a de-aging doppelganger. Let's hope this gamble pays off and we can return to a Golden Age of Big Willie Style.