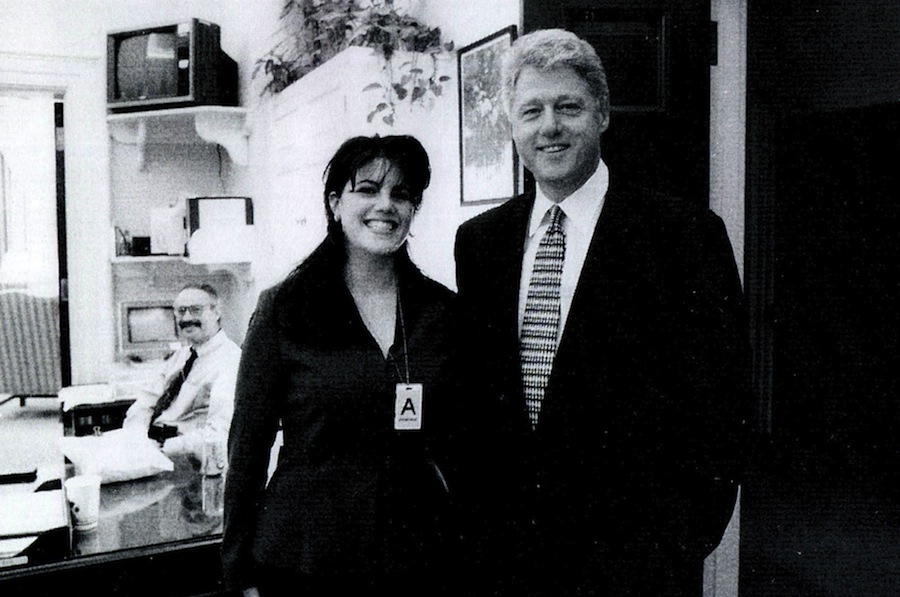 The next season of "American Crime Story" is already shaping up to be its most scandalous yet -- we’re headed to the White House! FX just announced that the 3rd season of the anthology series will go behind the scenes of the infamous scandal between President Bill Clinton and White House intern, Monica Lewinsky.

And if that wasn’t juicy enough already, the cast they’ve lined up is out of this world. Lewinsky (a producer on the season) will be played by Beanie Feldstein, who we know and love from Lady Bird, Booksmart, and Broadway! Sarah Paulson will also be gracing our screens as Lewinsky’s friend and confidante Linda Tripp, who found herself in the middle of the scandal after recording Lewinsky’s phone calls without her knowledge, which ultimately led to Clinton's impeachment in 1998. Another addition to this cast of ladies is Broadway’sAnnaleigh Ashford, who will take on the role ofPaula Jones, the woman whose sexual harassment lawsuit against Clinton plagued his presidential campaign. The drama here is already huge.

Several roles have yet to be filled, and I for one can’t wait to see who will be playing the Clintons. Kate McKinnon forHillary, anyone?

Talking toVanity Fair about the project, Lewinsky explained her decision to join the production team. "People have been co-opting and telling my part in this story for decades," she said. "In fact, it wasn’t until the past few years that I’ve been able to fully reclaim my narrative; almost 20 years later."

"American Crime Story", co-produced by television anthology guru Ryan Murphy, has gotten huge critical acclaim for its re-examination of scandals that dominated American news in the 1990s. In its first season, they took on the O.J. Simpson trial in "The People vs. O.J. Simpson", and followed that up with an award-winning second season, "The Assassination of Gianni Versace", which explored how and whyAndrew Cunanan murdered the famous fashion designer.