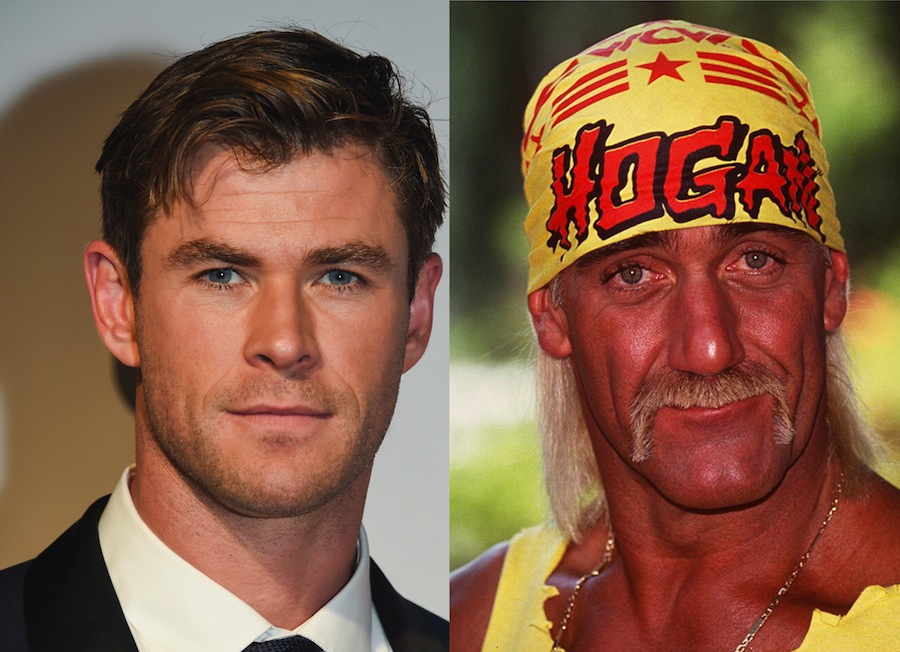 Have you heard? Our favorite blue-eyed Australian star (aside from Liam... or Luke) is trading in his luscious wavy locks and red cape for a bandana and a horseshoe mustache… That’s right, Chris Hemsworth is officially set to play Hulk Hogan in a new Netflix biopic about the legendary wrestler’s rise to success. Casting Chris for this role has definitely caused some buzz and lead to many funny reactions on Twitter…but c’mon, is it really that much of a stretch? Knowing what we do about Chris, he is capable of just about anything, so taking on the Hulkamania icon should be a piece of cake for him! Okay, so the two might not have too much in common, but I did some digging and found that they aren’t as different as we may think… Here are 5 similarities between Thor & the Hulk!

THEY. HAVE. THE. SAME. BIRTHDAY! Sure enough, they were both born on August 11! Hulk Hogan was born in 1953 and Chris Hemsworth was born in 1983…making them exactly 30 years apart! Now of course Hulk was already in the midst of his successful career when Chris was still in diapers, but still! It’s almost as if Chris was literally born for this role…

Chris and Hulk both soar over 6 feet tall! Chris is about 6’ 3 and Hulk about 6’ 4. This is actually a really relevant similarity for the biopic because getting Hulk’s height right is pretty important considering how much of a role his macho appearance played in his career. Apparently, Hulk used to be about 6’7" during the height of his glory days but has shrunk a bit over the years. Pretty interesting!

Okay so this one is pretty weird too. After finding out that Chris and Hulk share a birthday, I couldn’t help but to wonder if any other important dates in their lives aligned. Crazy enough, the two were both married in December (twice for Hulk!). In fact, Chris and his wife were married just days after Hulk and his second wife were. Hulk married his now-ex-wife Linda on December 18, 1983 and his current wife Jennifer on December 14, 2010. Meanwhile, Chris and his wife Elsa Pataky tied the knot on December 26, 2010. I guess Winter is the Season of Love for these two…especially Hulk!

These two are no strangers to long hair. Hulk and Chris have both had some lengthy locks at some point in their lives, Chris most famously during his role as Thor! I have to admit, I am very excited to see what Chris will look like with Hulk's signature bleach blonde hair and intense mustache.

This one is pretty obvious but both guys definitely share the trademark for being tall, tan, and muscular! Hulk a little more so than Chris. The two were both born in sunshine-filled places -- Hulk in Georgia, and Chris in Australia -- so being tan is a given. The muscles…well, those speak for themselves, as their physiques have definitely shaped both of their careers. This goes without saying that Chris is definitely going to need a spray tan or two for this role…

Hopefully this article opened your eyes a little more to see that Chris Hemsworth and Hulk Hogan really aren’t that different after all! Yes, these may be minor similarities, but the biopic is still sure to be entertaining, and after all, who can complain about seeing Chris Hemsworth in the Hulk’s wrestling attire?!